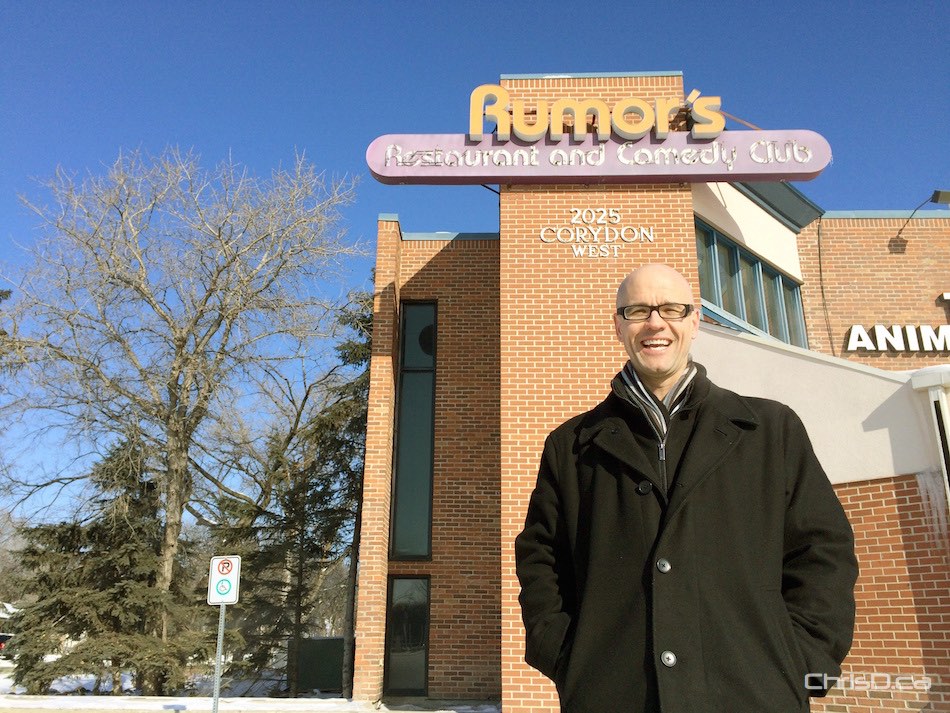 WINNIPEG — Former “Breakfast Television” host Jeremy John will take the stage at Rumor’s Comedy Club Tuesday evening for a one-night tell-all about the time he spent with a “former employer.”

“Anything I say on Tuesday night, the names will be changed,” says John. “I will be talking about not a job I had on TV but a job I had at Starbucks and the people behind the counter.”

Citytv cancelled BT January 6, and since then John has been unemployed. He says while his plan for Tuesday’s stand-up set was to tell stories about his time with a former employer, it has been derailed into what a person does all day when they have no job.

Now unemployed for a month and a half, John says he’s learned some tricks to help when you are without work. He says he made a discovery after calling up friends out of boredom.

“You meet ‘em for lunch and just before the check comes, say something about how hard it is being unemployed and how great it is to see them again, and they pick up the check… So I’m hoping I have enough friends to keep me going through my severance and that the smart ones don’t catch on too soon.”

John has never performed stand-up comedy before, but he says the idea came from a late night on social media.

“Was I drunk? Yes. This is totally the lamest reason ever, but I had just enough beer in me to be brave, and then someone on Facebook posted one of those motivational posters about doing something you always wanting to do but were too scared of.”

John says he also hopes to make an announcement Tuesday.

“I shaved off my unemployment beard, hint hint. So I’m hoping I can say something from the stage on Tuesday about — as everybody calls it — my next step.”

Jeremy John will be performing second on a bill with headliner Ryan McMahon. Tickets are $12, and the show starts at 8 p.m.