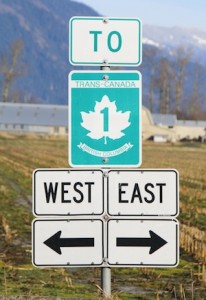 WINNIPEG — Good news, Manitobans — you can soon hightail it out of Saskatchewan at a quicker pace.

The province will increase the speed limit along the Trans-Canada Highway west of Winnipeg to the Saskatchewan border on June 2.

“Manitobans have been asking for an increase in speed limits when safety allows it on the Trans-Canada Highway,” Premier Greg Selinger said. “By gradually implementing this increase as we have been upgrading sections of the national highway, we’ve been able to incorporate safety measures including improving intersections, paving shoulders, creating rumble strips, and installing better signage and guardrails.”

Improvements on the Trans-Canada Highway east of Portage la Prairie started last summer will be completed in the coming months. Areas around Virden, Brandon, Carberry, Portage la Prairie, Elie and Headingley would be excluded from the increased speed limit because of road geometry and traffic signal locations in these areas.

About 240 kilometres of the route between Saskatchewan and Winnipeg will now be posted at 110 km/h.