Home » Columns » My Perspective — Looking to the Past

My Perspective — Looking to the Past 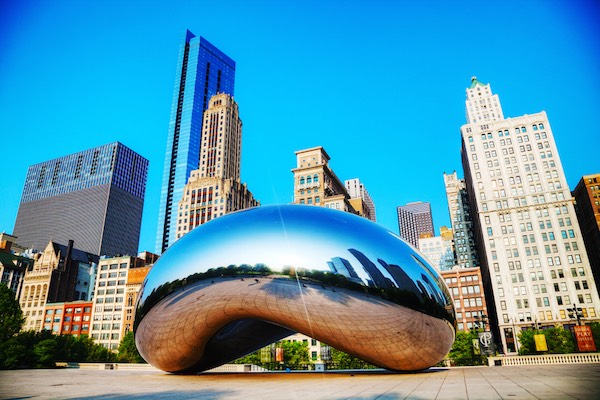 Cloud Gate sculpture in Millenium park on May 18, 2013 in Chicago, IL. (PHOTO.UA / SHUTTERSTOCK.COM)

NEEPAWA, Man. — I recently returned from a trip to Chicago and what struck me above all else was the city’s seamless integration of past, present and future.

In the 1800s Chicago was a major economic and transportation hub for the country and a gateway to the burgeoning west. In 1893, the city hosted the World’s Columbian Exposition, a world-wide celebration to mark the 400th anniversary of Christopher Columbus’ discovery of the New World. Close to 27 million people attended that fair, which ran for six months. The city bid on the event in 1882, a little over 10 years after the Great Chicago Fire of 1971 had destroyed much of the city.

Reconstruction following the fire provided an opportunity to rebuild a modern city and there were financial resources available to make those ambitions a reality. At the forefront of urban development, Chicago was the site of the world’s first skyscraper, the 10 story Home Insurance Building completed in 1885.

While Chicago is home to many modern sky scrapers, including the recently built 1,389 foot Trump Tower Chicago, it has also kept its historic buildings. Eleven of the city’s 91 tallest buildings were constructed in the 1920s and 1930s. These old buildings, as well as those built throughout the 20th century, have been maintained and remain beautiful reminders of the architectural styles of the past. As you look across the skyline, you see 100 years of architecture and engineering.

In addition to the famous skyscrapers, the city is also full of old homes. It isn’t just the famous examples, such as the numerous Frank Lloyd Wright designed homes; across the city, single family homes and low rise apartments built close to a century ago are still prominent. Perhaps it’s because much of the city was rebuilt in durable brick and stone after the fire, but these old buildings have been maintained and updated and continue to have a major presence in the city.

At the museums and art galleries, which are known for having old things, the past has been brought to life in the present. The Field Museum of Natural History got its start with the 1893 World’s Fair. Many of the specimens on display in the museum were on display more than 100 years ago. At that time, exhibits such as these were the only exposure many people had to the world’s plants and animals.

While the core of the exhibits have a long history, the museum has worked to update how its artifacts are presented. The displays have progressed, giving visitors a closer look and a better understanding of context. One of the museum’s most famous attractions remains Sue, a 42 foot long, 67 million year old Tyrannosaurus rex fossil. Sue is 80 per cent complete and is the most complete and best-preserved known T-rex fossil.

In addition to seeing ancient artifacts, visitors can also watch the scientists at the DNA Discovery Centre extract DNA from various organisms. Through the glass, they can talk to the scientists about their work.

I’m not sure why we in Manitoba seem so keen to turn our backs on the history down the street or across the yard. Maybe it’s because there has always been the space to start fresh. Maybe it’s our modest nature. Maybe it’s because we didn’t have the opportunity tobuild a vision of ourselves to showcase to the greater world.

Perhaps because we are a young province or perhaps because of the hard scrabble nature of pioneer farming, Manitobans seem little concerned with preserving our heritage. For the last 50 or so years, we have been more focused on moving to the newest things, leaving the past to rot. Today, much of that past is now beyond saving.