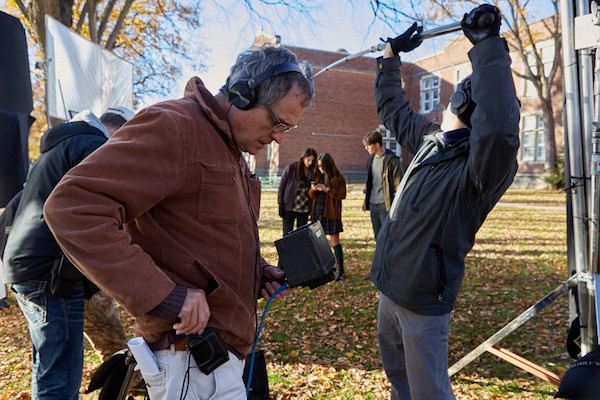 Production on the film ‘Considering Love and Other Magic’ is shooting in Winnipeg. (HANDOUT)

McCormack, known for his roles in “Will and Grace” and “Perception,” is part of the cast of “Considering Love and Other Magic.”

The film tells the story of two awkward teenagers who discover the meaning of life and death.

Wearing a baggy black sweater, and a thick smear of black mascara around each eye, troubled teenager Jessie Wilson arrives at the home of Pulitzer Prize winning novelist Veronica Guest, the long forgotten literary darling of 1948 and close confidant to the very late Truman Capote. In desperate need of extra high school credits, Jessie agrees to tutor young Tommy Faber in science and math, but when the timid boy insists he hasn’t left Veronica’s mansion in more than sixty years, Jessie knows she’s bitten off more than she can chew.

The film is being directed and produced by Dave Schultz from Calgary. It’s the fourth feature film to his name, whose other credits include “Rufus,” “45 R.P.M.”, and “Jet Boy.”

“Considering Love and Other Magic” is being produced by Winnipeg-based Buffalo Gal Pictures and Interstate 80 Entertainment out of Calgary.