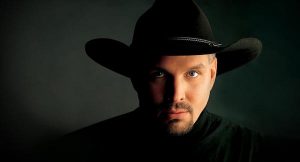 Garth Brooks has friends — in Winnipeg.

After announcing the addition of a fourth show in Winnipeg, Brooks now holds the record for most tickets sold for a concert event at the MTS Centre.

“It’s an incredible honour to have a spot on Garth’s World Tour and we’re thrilled the market responded the way they did,” True North’s Kevin Donnelly said in a statement.

Tickets cost $79.98 after taxes and service fees and are still available at Ticketmaster.