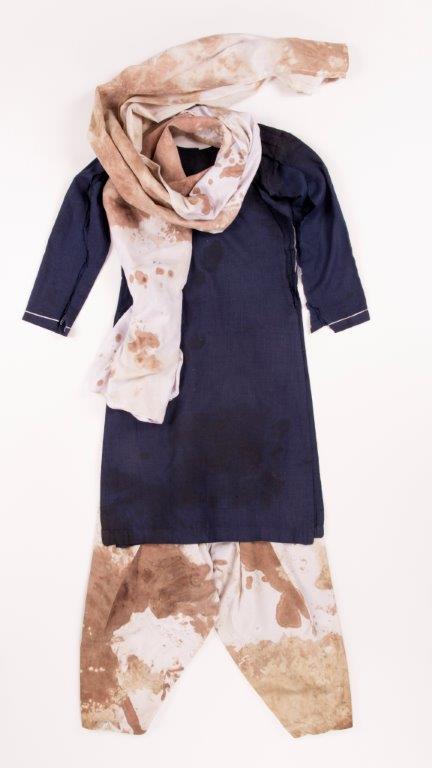 The blood-stained school uniform worn by Malala Yousafzai when she was shot by the Taliban in 2012. (CMHR / HANDOUT)

WINNIPEG — A blood-stained uniform worn by rights activist and Nobel Prize winner Malala Yousafzai is now on display at the Canadian Museum for Human Rights.

Malala, 18, was shot in the head by a Taliban gunman while aboard a school bus in 2012 for her outspoken advocacy for girls’ education

The bullet went through the length of her face, into her shoulder and nearly killed her. She survived after being sent to the Queen Elizabeth Hospital in Birmingham, England from the northwest Pakistani district of Swat.

The new exhibit is called “Girl of Courage: Malala’s Fight for Education.”

“This exhibit recognizes Malala as a human rights champion who continues to speak out, undaunted even by a gunman’s attempt to silence her,” said curator Isabelle Masson. “It’s also about youth themselves as agents of change, taking a stand and being vocal.”