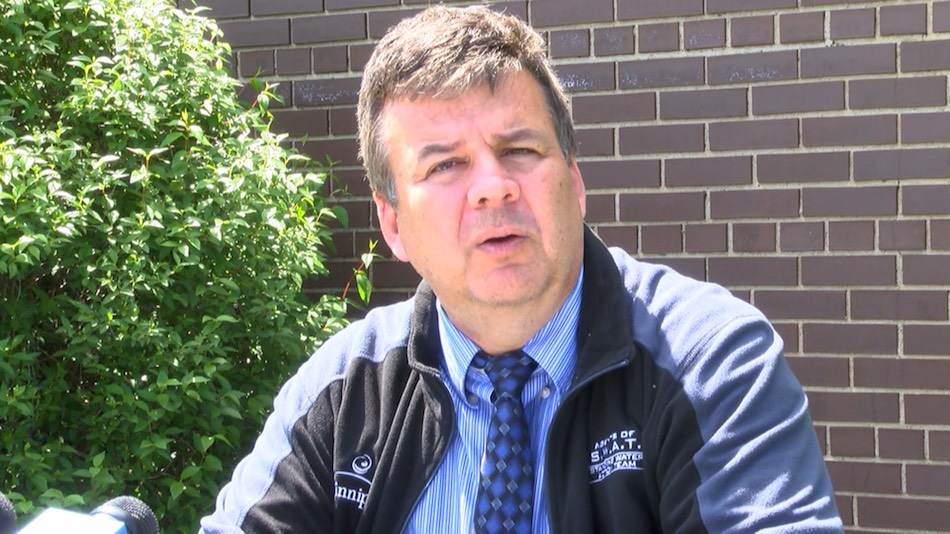 Winnipeg citizens looking to join the Agents of S.W.A.T. (Standing Water Action Team) will have to do so without the official uniform.

The City of Winnipeg’s latest campaign to reduce the buzz of mosquitoes is creating a different kind of buzz surrounding the outfits seen in the promotional material.

ChrisD.ca has received several emails and tweets since S.W.A.T. was rolled out in late May asking if we knew where the branded jackets could be purchased. Unfortunately, they can’t. At least not yet.

A City of Winnipeg spokesperson says there are no immediate plans to make the embroidered jackets and polo shirts with the S.W.A.T. logo available for purchase.

“But it may be something we consider,” communications officer Lisa Fraser wrote in an email. “Glad to hear people are talking about this.”

The campaign’s logo was designed by Picante Advertising and the jackets were handled by Instant Imprints.

The point of the campaign is to get property owners to actively drain, dump or cover water-filled containers to reduce the number of mosquitoes hatching.

As of Thursday, the city-wide mosquito trap count was 0, but recent rain has the city warning a second round of adult nuisance mosquitoes could emerge in the next 5 to 7 days, depending on the weather.

← Previous: Malala Artifacts on Display at Human Rights Museum Next: Arrests Made in Brutal Attack of Woman at Brandon Bar →
Tags: Mosquitoes | Winnipeg