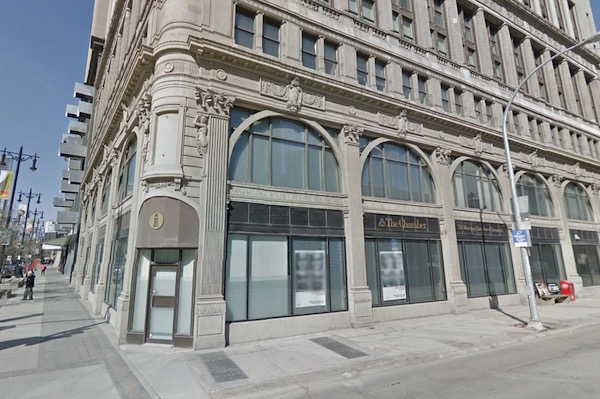 A couple who recently immigrated to Canada was stabbed and robbed outside the Entry Program in the 300 block of Portage Avenue on Thursday, August 25, 2016. (GOOGLE STREET VIEW)

WINNIPEG — A couple who recently immigrated to Canada was held up at knifepoint and forced to turn over their belongings last Thursday.

It happened outside the Entry Program in the 300 block of Portage Avenue.

The couple, a 38-year-old man and his 34-year-old wife, were approached by an unknown man asking if they wanted to purchase stolen merchandise. When they declined, the suspect pulled out a knife and demanded their property. Both victims received non-life threatening injuries during the incident.

Two witnesses observed the robbery and the suspect was chased down. The victim’s property was recovered.

Lee Grant Boucher, 36, was arrested shortly after in the 100 block of Albert Street with the help of the police canine unit.

He has been charged with robbery, aggravated assault, assault with a weapon, uttering threats, and possession of a weapon.