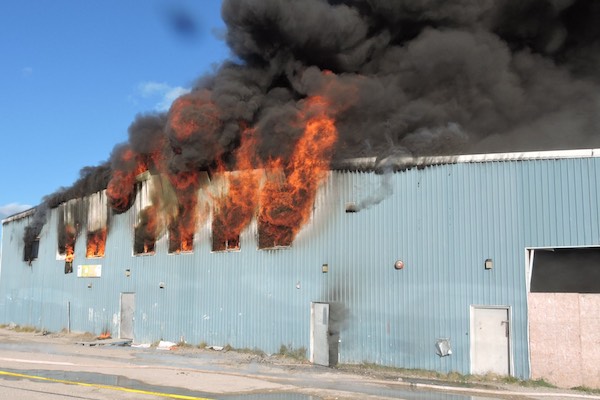 A fire in Shamattawa, Manitoba on Thursday destroyed the community’s Shamattawa’s only grocery store, along with the band office, post office, radio station and local 9-1-1 centre. (RCMP / HANDOUT)

The Canadian Red Cross has shipped additional baby and food supplies to a northern Manitoba community after a fire last week.

The fire on Shamattawa First Nation — deemed to be arson — destroyed the community’s only grocery store.

The Red Cross is working on behalf of the federal government to fulfill needs of the community. The organization has sent diapers, baby formula, basic canned goods and supplies for making bannock.

The Canadian Red Cross is coordinating its efforts with The North West Company, which owns the Northern Store, so as to not duplicate any services.

The fire on September 22 was started by six children, five of them under 12 and too young to be charged, RCMP said.