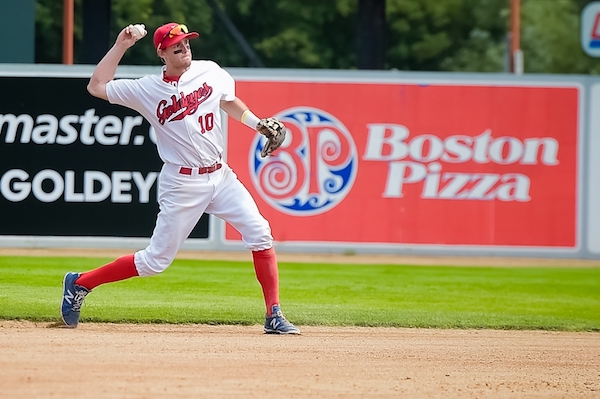 Canadian Wes Darvill will join the Winnipeg Goldeyes again for the 2017 season.

The Richmond, B.C. native added 51 runs scored, 16 doubles, six triples, and was a perfect 18-for-18 in stolen base attempts.

“I’m thrilled to have Wes Darvill back,” said Goldeyes’ manager Rick Forney. “Wes is a great defender that helps make the pitchers’ jobs a little easier. I expect that Wes will have an even better season than he had in 2016!”

Darvill was originally drafted by the Chicago Cubs as a fifth-round pick in 2009 out of Brookswood Secondary School in Langley, British Columbia.

The Goldeyes have also traded the rights to right-handed pitcher Winston Abreu to the Cleburne Railroaders in exchange for future considerations.