No Charges Against Police in Fatal Shooting of Mark Dicesare, WPS Chief to Review Report 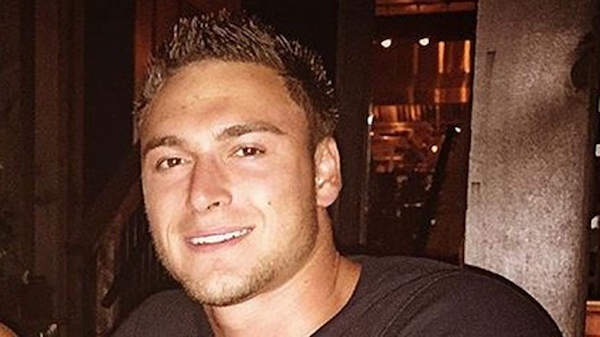 No charges will be filed against officers in the standoff shooting death of Mark Dicesare, 24, in November 2015. (FACEBOOK / FILE)

WINNIPEG — The Independent Investigation Unit of Manitoba has determined no charges will be laid in the fatal shooting of a man involved in a police chase and standoff 15 months ago.

Mark Dicesare, 24, led officers on an approximately 22-minute chase before stopping in the area of Kenaston Boulevard and Grant Avenue on the afternoon of November 6, 2015. The chase in the man’s white Audi ended in an open field near the busy intersection and Dicesare was shot after a nearly 20-minute standoff with officers.

Dicesare held up a realistic-looking Uzi-style mini submachine gun to his chin, which turned out to be an airsoft gun. IIU Civilian Director Zane Tessler, in releasing a final report into the incident on Thursday, said Dicesare then lowered the gun towards officers and said, “I’m going to have you guys do it for me, I’m so sorry.”

CPR was administered and he was taken to hospital where he later died.

Tessler said during the standoff, Dicesare had called 911 and said he wanted police to shoot him to end his life. The 32-minute call was captured on an open line to police. Police asked Dicesare 33 times to drop his weapon and surrender prior to the shooting.

“When faced with such a scenario, it would be unreasonable for police to wait before acting. Any delay could have led to the death of WPS officers…It was reasonable, in these circumstances, for the subject officers to fire at the affected person to prevent the death of any of them,” Tessler said.

Dicesare’s four-door sedan could be seen riddled with bullet holes as about 19 cruisers responded to the scene.

Tessler concluded Dicesare’s actions were consistent with a person who wishes to instigate police to take their own life.

During IIU’s investigation, 38 officers and 96 civilian witnesses were interviewed.

I am currently taking time to review the IIU report which concludes its investigation into the police involved shooting on Kenaston Boulevard on November 6, 2015. I want to acknowledge the challenging situation our officers and support staff found themselves in during this traumatic incident. No member of the Winnipeg Police Service wants to be confronted with such a violent situation, and no member would ever take lightly the burden of having to take another life. I appreciate the job done by our officers to limit further injury. I also want to extend my sympathies to the family of the young man who lost his life. I would also like to acknowledge the impact this had on our community, and assure the public that their safety is always the most important consideration for our officers.

Read the full report below: