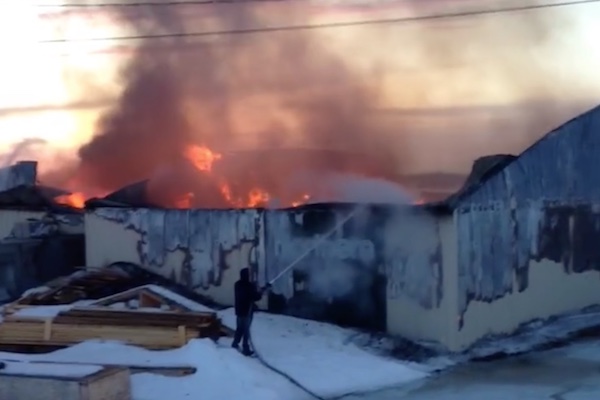 A northern Manitoba community is under a state of emergency after its only grocery store was destroyed by fire on Sunday.

The store in Brochet erupted in flames at around 4:15 a.m. and is considered to be arson.

“We are thankful no one was hurt in the fire but it is sad to see our community in crisis like this,” said Chief John Clarke of Barren Lands First Nation. “We are working around the clock to address the concerns arising from the situation.”

Officials say essential goods for the community of 600 people should arrive later Monday from the Red Cross.

“The fire is another reminder about how vulnerable many of our northern First Nations are and how we need to do more to keep our communities safe,” added MKO Grand Chief Sheila North Wilson.