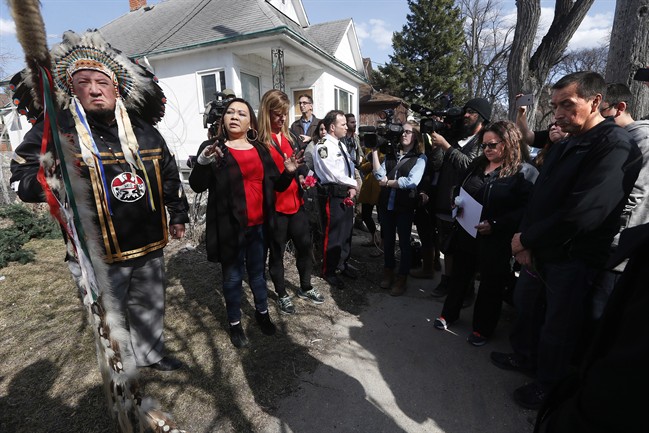 Chiefs Derek Nepinak, left, and Sheila North Wilson speak with George, right, and Melinda Wood, parents of Christine Wood, outside the house where police believe Wood was killed, during a march in honour of their daughter in Winnipeg, Wednesday, April 12, 2017. A male was arrested for her alleged murder. (THE CANADIAN PRESS/John Woods) 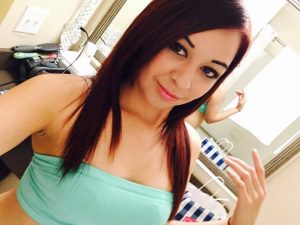 WINNIPEG — The remains of Christine Wood have been found in a farm field northeast of Winnipeg nearly 10 months after she went missing.

The Oxford House First Nation woman, 21, was last seen August 19, 2016 while in Winnipeg with her parents while a relative went to a medical appointment. Wood left her hotel at the Days Inn on Berry Street to go out for the night and never returned.

RCMP were called to an area in the RM of Springfield on Thursday for the report of human remains being discovered by a local farmer checking on his crop. An autopsy and DNA analysis completed just before 8:30 p.m. on Friday confirmed the remains to be Wood’s.

Investigators say the remains had been buried near a ditch since at least mid to late August of last year.

Police previously announced the arrest of Brett Ronald Overby, 30, who they charged with second-degree murder in April. Overby was uncooperative in leading investigators to Wood’s remains.