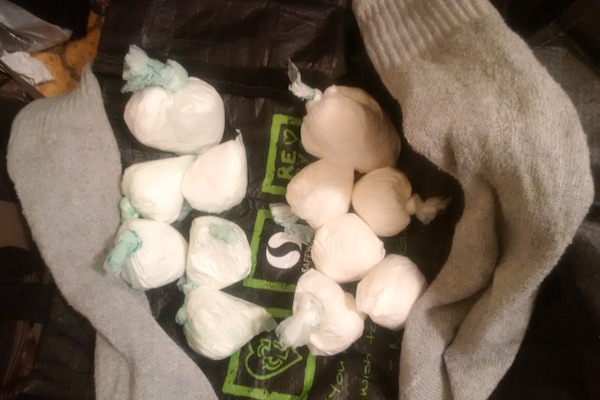 Officers and police dog Egan found 22.5 ounces of cocaine and drug paraphernalia from a home on Yale Avenue on December 22.

Kevin Rutherford, 33, of Thompson was arrested and will appear in court in February.

Police executed search warrants at homes on Princeton Drive and Waterloo Crescent a day earlier, where they seized 1.3 ounces of cocaine, drug trafficking paraphernalia, a collapsible baton and money.

Collin Burnett, 25, of Thompson, has been charged with possession for the purposes of trafficking.

Charges are pending against a 38-year-old Thompson man relating to the seizure on Waterloo Crescent.