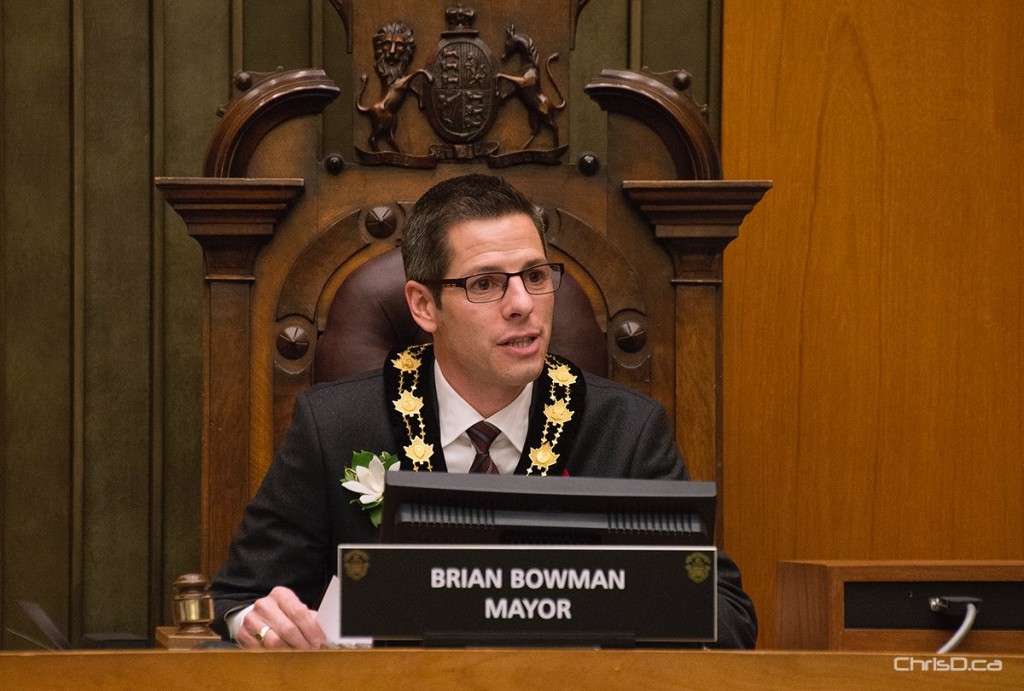 Mayor Brian Bowman is looking for a younger protégé to join him at City Hall. (SARAH TAYLOR / CHRISD.CA FILE)

Step aside, grown-ups, this one is for the kids.

The City of Winnipeg is looking for its first “kid mayor,” asking children aged eight to 12 to apply for the position.

“This is a fun, but at the same time educational initiative that I hope will build a greater appreciation for and understanding of municipal government,” Mayor Brian Bowman said in a release.

“As well, it will be a great opportunity for elected members to learn from our kids who can sometimes say the darndest things and are rarely shy about what they think and feel.”

Some of the duties of the kid mayor for a day include pitching ideas to city councillors, cutting the ribbon at events and holding their own press conference.

Kids can apply by writing under 250 words explaining what they think mayors do, and what they would do to make Winnipeg an even better place to live and why. Submissions can also be in video form and submitted either online or by mail until Tuesday, April 3. And yes, kids, please get your parents’ permission before applying.