Motkaluk said, if elected, she would create a dedicated meth task force within the Winnipeg Police Service to dismantle meth distribution in Winnipeg.

“Our meth crisis isn’t going to be solved by standard enforcement tactics. It’s reached near epidemic status and its destroying lives.”

Motkaluk said the unit would be comprised of specialized police officers and investigators, working in coordination with provincial and federal authorities.

“Striking a dedicate meth task force and giving them the necessary tools and flexibility to operate is what it’s going to take to combat our meth crisis.”

Motkaluk said under Mayor Brian Bowman, crime rates have risen to take Winnipeg to a point of having the highest violent crime rates per capita in Canada.

Incumbent Brian Bowman on Thursday released the names of more than 100 donors to his re-election campaign.

Each candidate can receive up to $2,500 per donor to their campaigns. 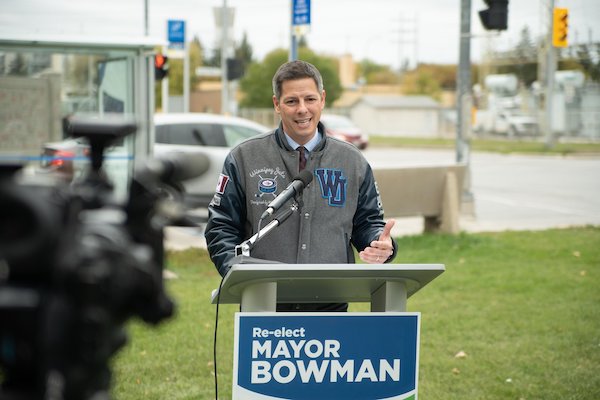 “Winnipeggers should be able to have open access to the names of campaign donors prior to election day regardless of the level at which they contribute,” Bowman said.