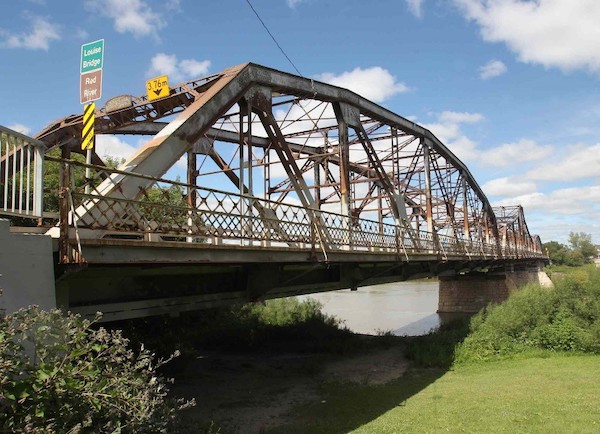 During a campaign announcement Tuesday near the bridge, Motkaluk said the bridge often requires frequent maintenance and is closed to traffic, causing delays and backlogs on nearby streets.

“Let’s face it, this bridge and the residents of Elmwood/Transcona and the surrounding areas have been victims of long-standing political favouritism,” Motkaluk said.

“The 2011 Transportation Master Plan, approved by council, proposed to build the bridge by 2016.”

Motkaluk says the bridge’s priority has become lost in the shuffle at city hall.

“We are wasting tremendous resources closing it down just to patch it up again and again.”

Motkaluk says her version of the Louise Bridge would include four lanes of traffic and bike and pedestrian corridors.

Elmwood-East Kildonan Councillor Jason Schreyer joined Motkaluk for her announcement, endorsing her campaign and the pledge to rebuild the bridge.