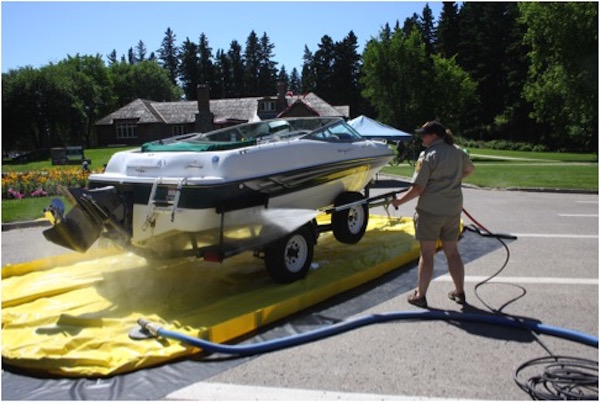 The Manitoba government is implementing a set of penalties to combat the spread of aquatic invasive species in the province.

Beginning Wednesday, enforcement officers will have the power to issue a ticket with a specific fine to be voluntarily paid in court. Until now, offenders were required to appear in court to answer to their charges.

Set fines vary, from possessing prohibited species (such as zebra mussels), failing to stop at watercraft inspection stations, or failing to remove their drain plug when transporting watercraft.

All watercraft, including canoes, kayaks and jet skis, must stop at watercraft inspection stations when they are open.