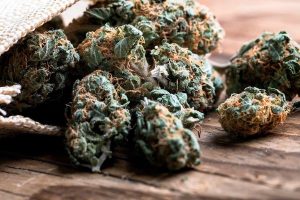 WINNIPEG — When marijuana becomes legal at midnight Wednesday across Canada, Manitobans will have half a dozen options on where to purchase it.

The Liquor, Gaming and Cannabis Authority of Manitoba has approved six stores to sell cannabis.

In Winnipeg, the Delta 9 Cannabis Store will open at 10 a.m. at 1-827 Dakota Street. The company will also begin taking orders online through its website at 12:01 a.m. Products will be delivered in four to five hours by a courier company appropriately named Pineapple Express.

Other authorized Winnipeg retailers include:

In Dauphin, Tweed/Canopy at 1450 Main Street South will be operating.