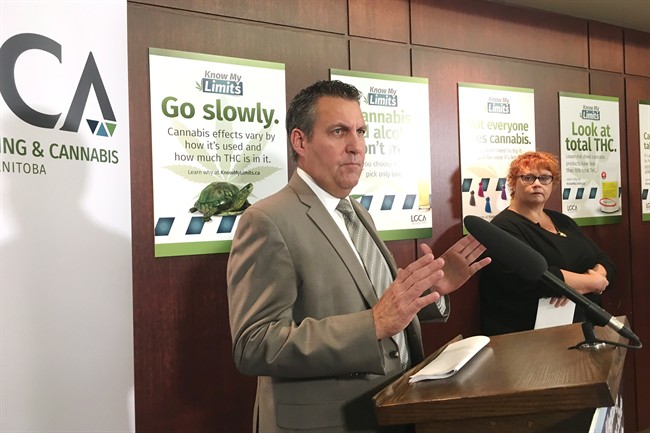 WINNIPEG – The Manitoba government is proposing to add more fines, fees and other penalties for impaired drivers.

Currently, drivers who register between 0.05 and the legal limit of 0.08 on a roadside test face licence suspensions, starting at three days for a first offence.

A bill now before the legislature would also let police impound the vehicle and add penalties starting at $200 for a first offence.

For a third offence, drivers would need an ignition interlock on their vehicle for one year.

For motorists who register above the legal limit on a roadside test, police would be able to issue fines of $500 and impose a one-year period with an ignition interlock.

Justice Minister Cliff Cullen says the measures are similar to those adopted in British Columbia in 2010, and are aimed at curbing the number of people who drink and drive.

“There are still too many people who haven’t gotten the message about drunk driving and they are taking the lives of too many Manitobans,” Cullen said in a statement.

The total cost of fines, fees for vehicle impoundment and other costs would total $2,600 for a first-time offence in the 0.05-0.08 range, once the bill becomes law.

Drivers registering over 0.08 would face costs of more than $3,300, plus possible criminal charges.

Roadside testing can take 30 minutes or less while breathalyzer tests, which require drivers to be taken to police stations, can be a four-hour process, he said.

← Previous: Remains of Missing Winnipeg Grandmother Thelma Krull Found in RM of Tache Next: Christmas Cheer Board Working in Smaller Warehouse, But Call for Donations Bigger Than Ever →
Tags: Crime | Manitoba | Winnipeg