The 46th annual Winnipeg Folk Festival lineup will feature country star Kacey Musgraves, along with Jason Mraz, Death Cab for Cutie, and a slew of other big-name acts.

“We are committed to presenting some of the best artists from around the world on our stages and once again this year, we worked hard to ensure we will bring together artists from all genres to collaborate and celebrate with us the power of music.”

Other top acts include Half Moon Run, The Sheepdogs, K’NAAN, Alvvays, Charlotte Day Wilson, Kathleen Edwards, The Lone Bellow and more. Click to enlarge the below poster for the entire talent lineup. 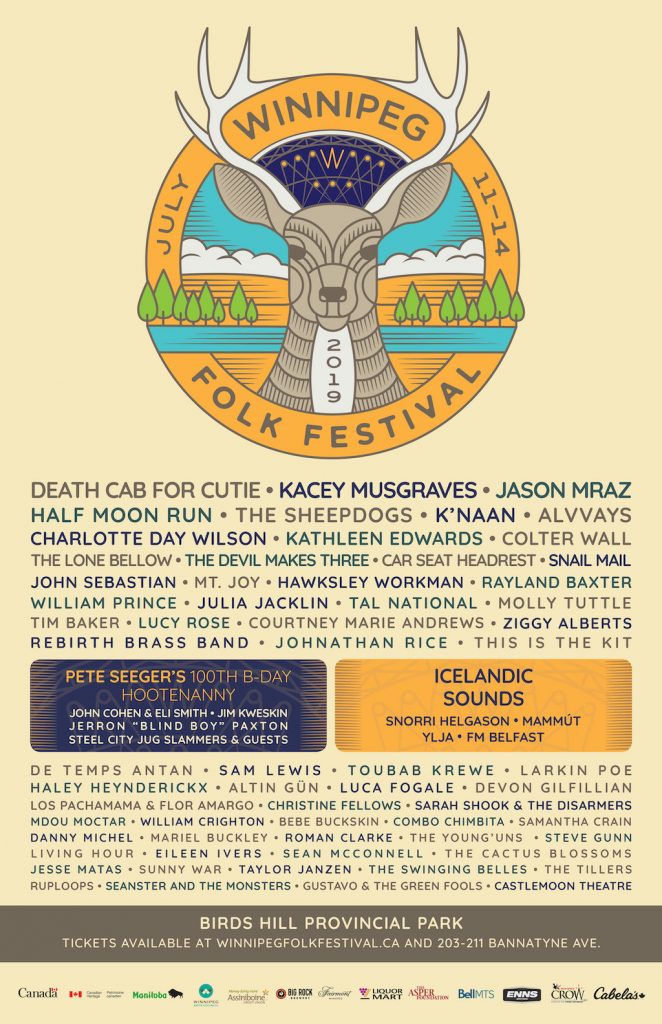