Home » The Canadian Press » Gerald Schwartz: The Former Winnipegger Behind Onex and the WestJet Deal

Gerald Schwartz: The Former Winnipegger Behind Onex and the WestJet Deal 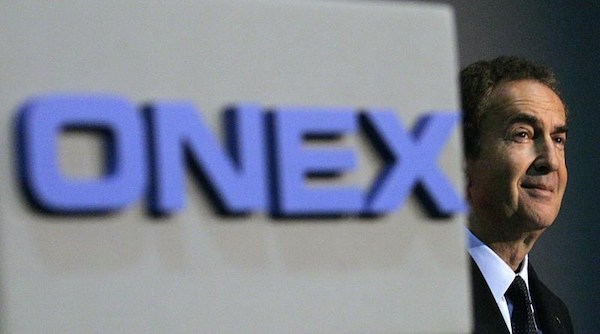 WINNIPEG — The wealthy Canadian behind a deal to buy WestJet has a reputation for his stellar business acumen and for owning a mansion among mansions in downtown Toronto, but a longtime family friend and associate say the titan has not forgotten his humbler beginnings.

On Monday it was announced that Toronto-based private equity firm Onex Corp. signed a deal to buy the Calgary-based airline for $3.5 billion. The man behind the yoke of the transaction for Onex is its 77-year-old founder and chief executive officer, Gerald Schwartz.

“Even though he’s been in Toronto now for probably a majority of his life, I don’t think he’s ever lost that sense of being a Winnipegger,” said David Asper.

Asper is the son of Izzy Asper, who founded CanWest Capital (which would become CanWest Communications) with Schwartz in the 1970s. Asper remembers meeting Schwartz when he was articling under Asper’s father in the 1960s.

“I have vivid memories of Gerry as a young man who started working for my dad and he was a fantastic character. He would come over and do magic tricks and entertain us,” Asper said.

“He was very vivacious and loved to laugh and was full of life.”

Schwartz, his wife Heather Reisman — founder and CEO of Indigo Books and Music — and the couple’s children are one of Canada’s richest families.

He has an almost incomparable reputation for business — Onex is considered a global force in private equity — and for philanthropy. He has donated millions to universities and hospitals.

He’s been inducted into the Canadian Business Hall of Fame and is an officer of the Order of Canada.

The couple’s home in Toronto’s Rosedale neighbourhood is nicknamed “Fort Schwartz” and has a reputation as possibly the most expensive house in the city.

It’s all worlds away from Schwartz’s formative years in Winnipeg, Asper said with a laugh.

Schwartz was born in the Prairie city in 1941. In an online video from when he accepted the 2016 Horatio Alger Award, he explained how his mother was deaf, which resulted in her being distant. But he was extremely close with his father, a businessman and auto-parts dealer.

“My dad was a fantastic guy who I looked up to, admired and loved,” Schwartz said in the video. His dad “came from much more humble beginnings. He worked his way up,” he said.

Starting when he was 10, Schwartz worked in his father’s store. He earned commerce and law degrees from the University of Manitoba, and later pursed a master of business administration from Harvard University.

His goal was to get to Wall Street, Schwartz told students at the University of Toronto during a speech in 2016. But things didn’t go according to plan.

“A successful career doesn’t have to follow a straight line,” he said. “You can afford to make choices that turn out to be serious mistakes and time will let you correct the trajectory that you want to be on.”

In 1977, at age 35, Schwartz and Izzy Asper formed CanWest Capital. By 1984, that partnership was dissolved, and Schwartz took his portion of the industrial assets to start Onex.

Asper said the mutual respect both men had for each other in business — and as friends — was maintained.

Schwartz’s worth has grown steadily. He’s one of 45 Canadians to make the Forbes list of billionaires in 2019, with his net worth pegged by the magazine at $1.6 billion. Onex boasts $33 billion in assets, Forbes says.

Inside the boardroom, Schwartz is inquisitive, patient and smart, Asper said. He’s also willing to share knowledge he’s accrued over the decades.

“The powerful legacy of Gerry, over the course of his life to this day, is that he actually inspires people to think big, to think critically and to have confidence to pursue what it is you are pursuing.”

Arni Thorsteinson, a founding director of Onex, said Schwartz continues to use values from his father and Prairie upbringing in his current business practices. In an interview from London, England, Thorsteinson called his friend “one of the great Canadian visionaries in business.”

“He has the patience, the capital and the vision to grow WestJet. It’s a great opportunity.”