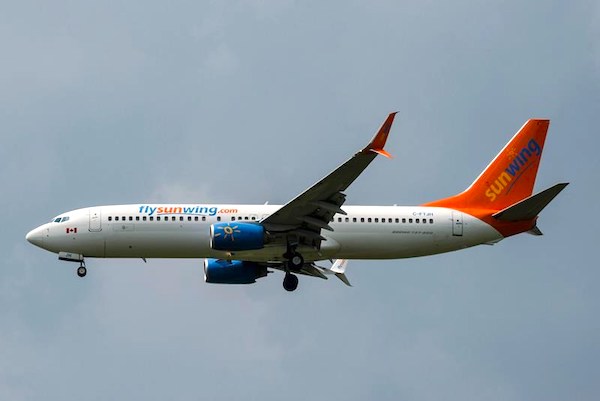 TORONTO — RCMP said two Sunwing Airlines employees are among 11 people arrested in connection to a drug-trafficking ring that allegedly operated out of Toronto’s Pearson airport.

The Mounties said Friday that raids conducted in the Greater Toronto Area earlier this week infiltrated several groups that allegedly trafficked fentanyl and other drugs.

The Sunwing employees have worked for the airline for several years and are charged with attempting to import cocaine and trafficking cocaine, RCMP said.

Sunwing said in a statement that it co-operated with investigators, but gave no further details.

“The safety and security of both our employees and our customers remains our main priority and we have offered our full co-operation to the RCMP to ensure that this matter was brought to a successful conclusion,” it said.

RCMP said the undercover drug bust took down a trafficking ring that allegedly attempted to import the drugs to parts of southwestern Ontario.

“Those who traffic in illicit drugs destroy lives and impact the safety and security of our communities. The RCMP and our many partners will continue to work together closely to eradicate those dangers,” said RCMP Chief Supt. Michael LeSage.

Numerous southern Ontario police forces assisted in the investigation, which began in April 2018, the Mounties said.

Raids were conducted in Hamilton, Toronto, Durham, Brantford and Kitchener, and officers seized 10 kilograms of fentanyl, 1.3 kg of heroin, 30 kg of cannabis and 1 kg of meth, they said. Police also obtained $400,000 in cash and three vehicles.

They said those arrested are all from southern Ontario and range in age from 20 to 49.

The investigation is still ongoing and police said more charges could be laid.