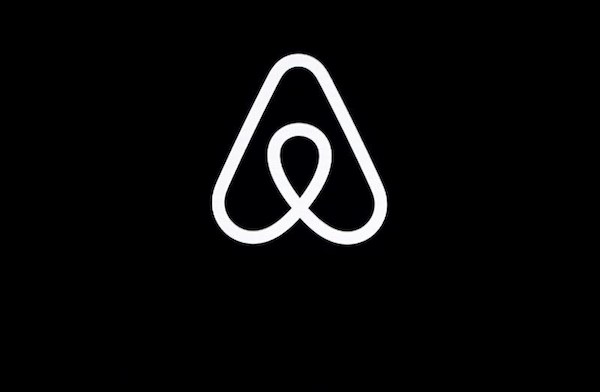 An Airbnb logo is pictured in this Feb. 22, 2018 file photo during an event in San Francisco. (THE CANADIAN PRESS/AP, Eric Risberg)

EDMONTON — A Vancouver Island couple had a bizarre experience in a downtown Edmonton Airbnb earlier this week.

Rod and Kat Gordon, who arrived in the city Sunday, went out to visit family after dropping off their belongings at the suite.

“Nothing appeared like there was any kind of problem — until we opened the door. Then it was like another world,” said Kat Gordon.

The lights were all on and death metal music was blaring.

“The first thing we noticed was two pairs of strangers’ shoes by the door,” said Gordon.

They thought there might have been a double booking, but then saw that their luggage had been unpacked.

“Most of our belongings were out of the suitcases and even our toiletry bag had been emptied and all the items had been placed on a little shelf above the sink in the bathroom,” she said.

“There was a weird bowl of unsmoked cigarettes in the middle of the table. It was just the most bizarre thing.”

Gordon said the people who broke in also washed their clothes and left a note saying, “We are here! Today is the best day of the rest of our lives!”

She said it was one of their worst days.

The Gordons reported the break-in to police and the building’s security, who found a surveillance image of potential suspects wearing the couple’s clothes.

“They had cameras in the hallways so they could see people entering and leaving,” she said.

Several layers of security — the main door, a security guard in the lobby and the door to the suite — were breached by the thieves, she added.

The couple immediately packed up and went to her sister’s house, but were told by building security that the suspects later returned to the suite, said Gordon.

“They went right up to the suite and crawled into bed and went to sleep.

She said the thieves must have had a key or the door code to enter the suite.

“These people are still out there and they were so brazen and so carefree,” said Gordon. “They were trying on our clothes and trying on all of our things and they spent hours doing it.

“They went out on the town in our clothes and then they came back as if it was their place.”

Erika Berney, the Airbnb host, said she changes the door code every time she has a guest.

“I honestly have no idea how this could have happened,” Berney told CTV. “And how it happened … it’s really upsetting.”

The Gordons have received a refund and said they would like to see police release the surveillance photo to find the culprits.

— With files from CTV Edmonton