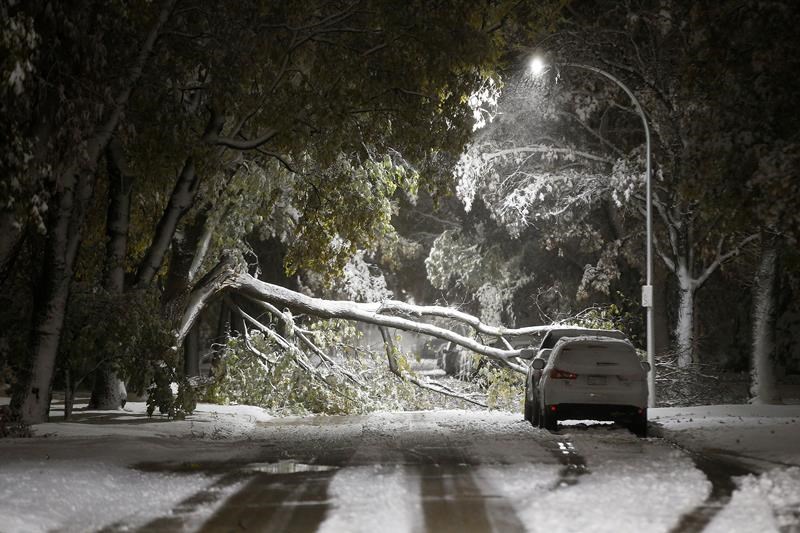 An early winter storm with heavy wet snow caused fallen trees, many on cars, and power lines in Winnipeg early Friday morning, October 11, 2019. Snow clearing crews were forced to hit the streets to clean up the damage. (THE CANADIAN PRESS/John Woods)

WINNIPEG — A wet fall across southern Manitoba has raised concerns about the potential for flooding in the spring.

A report from the Manitoba government says near-record precipitation has left soil moisture levels ranging from above-normal to well-above-normal, except in the north.

Many rivers are running higher than normal as well.

The government says there are still many factors that can affect the probability of spring flooding, including the amount of winter snow and the speed of the melt.

The province’s first full flood outlook is to be issued in February.