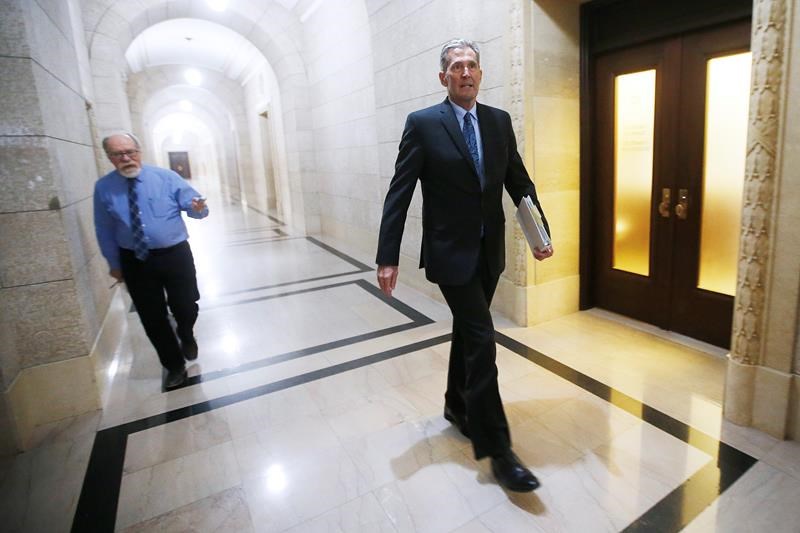 Manitoba premier Brian Pallister does not respond to a reporter’s question as he makes his way to question period at the Manitoba Legislature in Winnipeg, Wednesday, May 13, 2020. (THE CANADIAN PRESS/John Woods)

Brian Pallister says it is a crucial time in Canada’s history and the need for health care has never been greater.

The premier says wait times will continue to grow if Ottawa doesn’t’ become a better partner in funding health care.

Wednesday’s throne speech included a long list of promises for spending on things such as child care, extended wage subsidies and new federal standards for seniors in long-term care.

The government promised to do whatever it takes to fulfil the health needs of Canadians and that it was not the time for austerity.

But Pallister says calls from premiers last week for a $28-billion increase in health-care funding have been ignored.

He is urging Ottawa to eliminate interprovincial trade barriers and invest in shovel-ready infrastructure. But he says Ottawa “can’t just throw money at every single thing.”

“Now is the time to invest in people,” Pallister says. “But invest with a focus.”