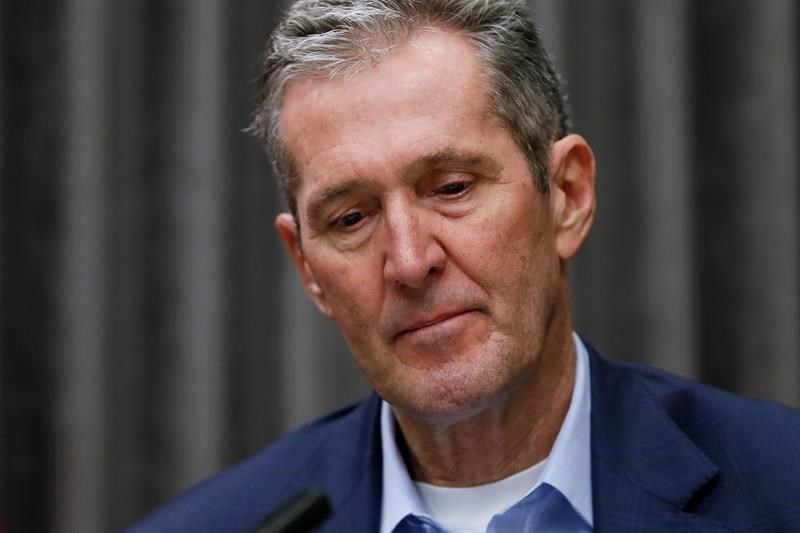 Manitoba Premier Brian Pallister listens to a reporter’s question during a COVID-19 press conference at the Manitoba legislature in Winnipeg, Friday, March 27, 2020. (THE CANADIAN PRESS/John Woods)

WINNIPEG — Manitoba Premier Brian Pallister is moving up his government’s annual throne speech to next Wednesday and is promising to break through any more opposition stalling tactics that might arise.

“We’re quite prepared to go to the wall to get our issues brought forward and action taken,” Pallister said in an interview Thursday.

The throne speech is normally staged in mid-November to lay out the government’s agenda for the coming year. And October is used to pass any legislation left over from the spring.

But this year has not been normal.

The Opposition New Democrats used procedural tactics for several days in the spring to delay the introduction of the budget and stall dozens of bills from being debated.

The move put in limbo legislation on issues ranging from Sunday and holiday shopping hours to public cannabis consumption to tax cuts outlined in the budget.

There were more delays when the COVID-19 pandemic erupted and the government decided to only recall the legislature for a handful of days. The Tories refused Opposition demands to meet in the chamber during the summer.

With the throne speech and new fall session, the government will be back to square one on all of its leftover bills. Any progress made through the debate stages is wiped out by the throne speech.

There will also be new initiatives, such as legislation to enhance paid sick leave for people affected by COVID-19. The legislation would follow through on an agreement with the federal government in July that saw Ottawa commit to fully fund the paid leave.

“We thank the federal government for taking that on and … there’s some legislative support that has to happen as a consequence of that,” Pallister said.

NDP Leader Wab Kinew said even during the delays in the spring his party supported speedy passage of 10 government bills that were related to COVID-19 relief and emergency measures.

He did not rule out further stalling of initiatives the NDP opposes.

“”I would expect that (the Tories) are going to pursue (their) agenda very aggressively because, again, we came out with a very aggressive strategy last session ourselves,” Kinew said.

“We are committed to doing our job as the Opposition, and so that means pushing back on issues … that we don’t agree with.”

Under the legislature’s rules, the government has a few tools at its disposal to push through opposition stalling, such as setting a time limit on debates and forcing an immediate vote on certain items.

Pallister would not reveal his strategy.

“We’re ready to do what it takes.”