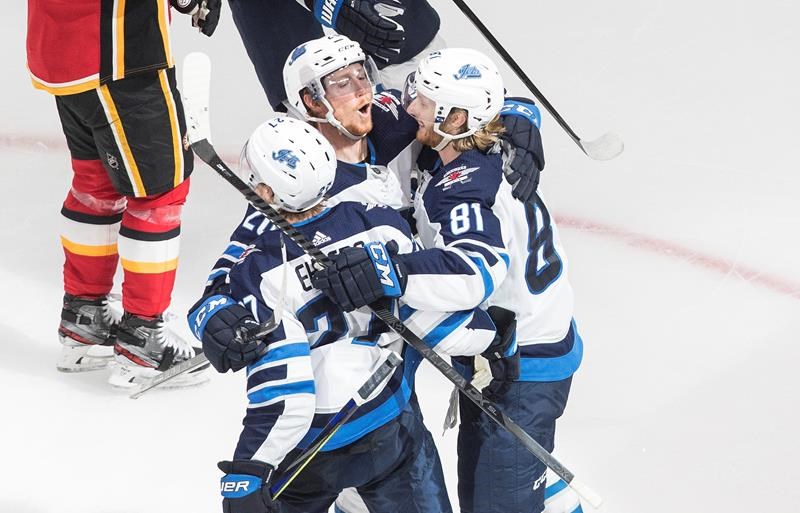 Winnipeg Jets celebrate a goal against the Calgary Flames during third period NHL qualifying round game action in Edmonton, on Monday, August 3, 2020. (THE CANADIAN PRESS/Jason Franson)

WINNIPEG — The radio home of the Winnipeg Jets is now 680 CJOB as part of a multi-year licensing deal.

The Corus Entertainment station takes over the reins from TSN 1290, who was the hockey club’s broadcast partner since the team returned to Winnipeg in 2011.

The games will also be simulcast on Power 97, the sister FM rock station of CJOB.

“680 CJOB has a long, proven history as a leader in sports broadcasting in Manitoba, and we’re looking forward to sharing the excitement of Winnipeg Jets hockey with more listeners on more platforms to better serve the greatest fans in the NHL,” Jets chairman and governor Mark Chipman said in a statement.

The agreement between True North Sports + Entertainment and Corus also includes every Manitoba Moose game to be broadcast on the CJOB website.

Aside from hockey, 680 CJOB remains the radio home of the Winnipeg Blue Bombers.