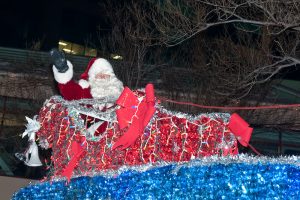 The Winnipeg Santa Claus Parade didn’t happen in its traditional capacity this year, but the spirit of the holiday season lives on virtually.

Parade president Rennie Zegalski says none of this would have happened with their title sponsor, Manitoba Hydro.

“We are so thankful for their partnership with the parade,” Zegalski said. “They have always been crucial to the success of the parade but this year, they really went above and beyond to support us, especially with securing so many wonderful guests for our show.”

The video can be viewed at the top of this article or at winnipegsantaparade.com.