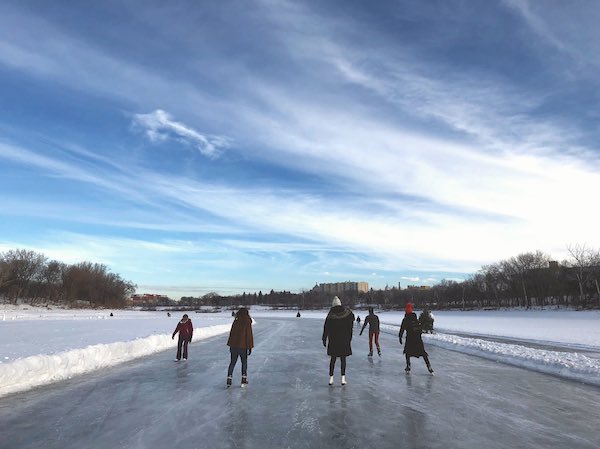 The river skating trail at The Forks at seen in 2019. (@THEFORKS / TWITTER)

WINNIPEG — Portions of the river skating trail has opened to Winnipeggers at The Forks.

This year’s title sponsor of the trail is The Winnipeg Foundation, which is celebrating its 100th anniversary in 2021.

Skaters can also glide on the rinks under the canopy, at CN stage and trails near the stage, and on the upper trails and those crossing the rail bridge.

As crews clear additional portions of the ice, conditions will be updated on The Forks’ website.

Skate rentals and sharpening services aren’t available this season due to COVID-19.

The weather this next week looks amazing! If you’re getting outside, the first part of the @wpgfdn Centennial River Trail is open (The Forks Port Rink). The Upper Trails including 1.2km of skating and walking trails, plus the Canopy Rink and CN Stage Rink, are also all open. ? pic.twitter.com/QtKojmhgO6