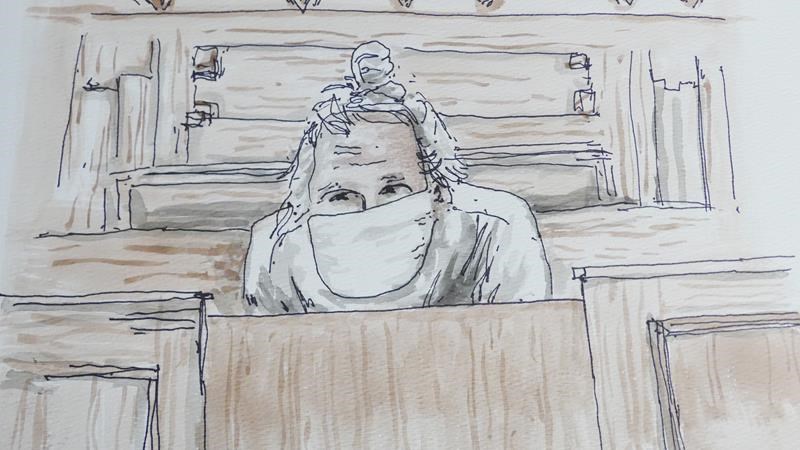 Canadian fashion mogul Peter Nygard appears in front of a judge in court in Winnipeg on Tuesday, Dec. 15, 2020, in this court sketch. (THE CANADIAN PRESS/James Culleton)

WINNIPEG — Canadian fashion mogul Peter Nygard has applied for bail, two weeks after his arrest in Winnipeg under the Extradition Act following his indictment in the United States on charges that he used his influence to traffic women and girls for sex.

The bail application was filed on Thursday and is to be heard in the Manitoba Court of Queen’s Bench at 10 a.m. on Jan. 6, 2021.

He faces nine counts in the Southern District of New York, including racketeering conspiracy, sex trafficking of a minor, conspiracy to commit sex trafficking, and two counts of transportation for purpose of prostitution.

Nygard, who is 79, stepped down from his company in February after the FBI and New York City police raided his headquarters in New York.

He has been accused by 57 women in a class-action lawsuit of rape, sexual assault, and human trafficking, which was stayed this summer, and two of Nygard’s sons filed a separate lawsuit against their father claiming they were statutorily raped at his direction when they were teenagers.

Through a representative, Nygard has denied the claims in both lawsuits. (CTV, The Canadian Press)