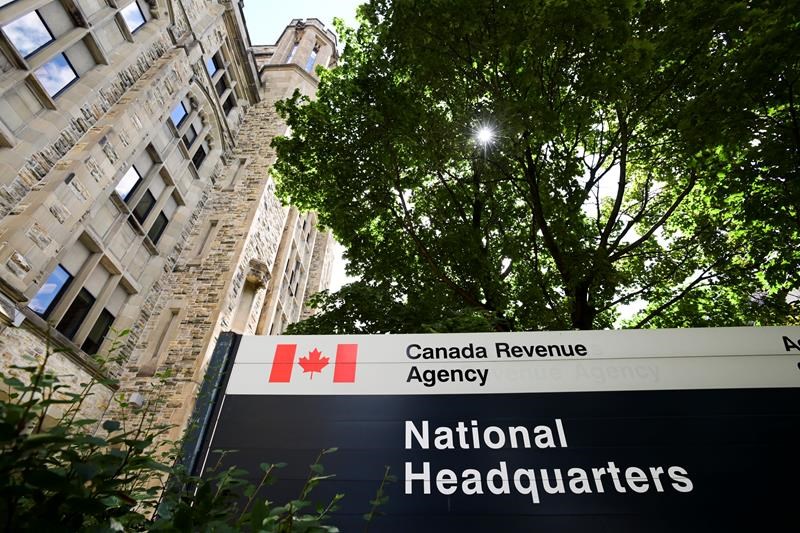 OTTAWA — Complaints of workplace harassment and violence have risen sharply at several federal departments and agencies in recent years, according to internal data.

The RCMP says it received 1,132 harassment complaints over a five-year period, with numbers increasing by more than 50 per cent between 2015 and 2017 before levelling off.

The RCMP figures follow an independent report in November on misogyny and homophobia in its ranks that called for fundamental change to rid the Mounties of a toxic culture.

At Canada Post, complaints about workplace violence have grown every year since at least 2011, doubling to 641 between 2011 and 2015 and swelling to 870 in 2019. Most concern interactions with the public rather than fellow mail carriers.

In a response to an order paper question from the NDP, the CRA said the figures “are not necessarily an indication of more discrimination and harassment,” but rather the result of greater public awareness and beefed-up internal processes that encourage victims to come forward.

“It is not clear whether these statistics can be attributed to an increase in reporting or an increase in incidents,” Mary-Liz Power, press secretary for Public Safety Minister Bill Blair — who oversees the RCMP — said in an email.

She highlighted efforts that include an Independent Centre for Harassment Resolution set to launch this summer and a management advisory board established in 2019 to identify internal policy improvements around violence and harassment at the police agency.

New Democrats sought to link the higher complaint tallies to the Liberal government, which the NDP says has avoided reforms toward a healthier environment for federal employees.

“In the context of the investigation report on the former governor general that led to her resignation … the Liberals knew that federal workers were increasingly subjected to a toxic and insecure working climate and failed to take the right measures to improve the working conditions of civil servants,” NDP labour critic Scott Duvall said in an email.

The accusation comes after reports of habitual bullying and belittling of staff by Julie Payette, who stepped down as governor general last month.

Duff Conacher, co-founder of advocacy group Democracy Watch, said the federal integrity commissioner and a broader consciousness around workplace mistreatment have helped root out bad actors, but the government has not followed through on recommendations from a parliamentary committee to protect whistleblowers in the public service.

A government operations committee report from 2017 sought to shield federal workers who speak up about wrongdoing, including harassment, through amendments that would prevent employer retaliation and shift the burden of proof from the whistleblower to the government in cases of reprisal.

“You’re going to have a lawyer paid for. You’re going to be rewarded if your claims are found true. If they try to do anything to retaliate against you’ll get compensation for that,” Conacher said of the would-be legislation.

“In other words, you won’t be on your own … and you can do it anonymously.

“Obviously that deters people from harassing people and abusing them in other ways, because you know that person is going to have a place to go that is dedicated to protecting them.”

Katherine Lippel, Canada research chair in occupational health and safety law at the University of Ottawa, said workplace harassment has ballooned over the past decade, partly as a result rising workloads.

Harassment, rather than relating exclusively to verbal abuse or violence, is “about not having enough time to do what you’re supposed to do, being asked to do contradictory tasks, having no control of the workload, having very, very high demands,” she said.

Nonetheless, a growing recognition among employers of the psychological strain — and bad press — tied to toxic workplaces means new processes could prompt a flurry of complaints.

“It might be very healthy that there’s an increase in complaints. It might just be an indicator that the policies are working,” Lippel said.

New workplace harassment and violence-prevention regulations under the Canada Labour Code came into effect Jan. 1, which include an increased focus on prevention and informal resolution.

“Following the introduction of the DHCE, there was increased communication and awareness for employees,” along with a more centralized approach to addressing discrimination and harassment complaints, CRA spokeswoman Sylvie Branch said in an email.

At Canada Post, roughly 70 per cent of the violence complaints filed by employees stemmed from “customers or the public being aggressive,” agency spokesman Jon Hamilton said in an email.

About 20 per cent related to peer-to-peer interactions while the rest concerned employees-supervisor incidents, he said, with both numbers plateauing in recent years.

“Most often the cause is customer frustration due to factors beyond the control of the front-line employee, such as delivery delays or a corporate policy,” he said.

Jane Deeks, a spokeswoman for the minister of fisheries and oceans, said the department is striving “to move towards a harassment-free workplace.”

“Although an increase in numbers may spark concern, they also demonstrate our increased efforts to encourage employees to come forward, to address these issues and complaints, and to find a meaningful resolution,” she said.