The Hustler is Back: ‘Winnipeg Sports Talk’ Aims to Fill Void Left by Silenced Airwaves 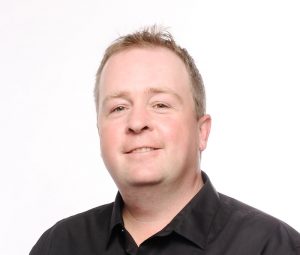 WINNIPEG — You can’t keep a good man down and among members of the Winnipeg sports media, or mafia as some have called it, Andrew Paterson is one of the best.

A spinal cord injury couldn’t stop him and he’s not about to let Bell Media silence him when they put him and others out of work with their shocking and sudden move to change TSN 1290 from an all-sports radio station to comedy. He didn’t earn the nickname ‘Hustler’ because it sounded good.

Paterson has put in too much blood, sweat and a few tears, whenever his beloved Kansas City Chiefs lose, building a loyal fan base and strong relationships with local sponsors to just fade away.

“I’ve been working for 15 years, starting on my own to build something up that’s just been taken away,” he said. “But all that has been taken away is the vehicle to get the product across. The fans are still here, our following is still here. I’ve had enough of reading 10 tweets a day going ‘this really sucks without being able to listen to you guys.’”

Paterson plans to fill the sports void in the city with Winnipeg Sports Talk. Starting on Monday, March 8, you’ll not only be able to hear ‘Hustler’ but see him talking sports on a new Internet channel and program called “Winnipeg Sports Talk Daily” that can be seen or heard (your choice) Monday through Friday on multiple social media platforms.

“We’re going to do a show LIVE on our YouTube channel every day (1 p.m. CT) and we’ll go for an hour to an hour-and-a-half and make sure that we’re done and uploaded into everybody’s podcast feeds by 3 p.m. for people whose routine was finishing off work and listening to us on the ride home.” 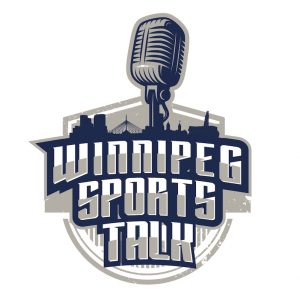 Paterson’s partner in this new venture is Michael Remis, former TSN 1290 producer of the “Afternoon Ride” and on-air contributor will co-anchor. “He’s a really talented guy who’s fun to talk with,” says Paterson. “And he knows the ins and outs of delivering things online.”

‘Hustler’ doesn’t think in the short term. He has a long-range plan for Winnipeg Sports Talk with additional programs such as extra Jets and Blue Bomber shows. “The vision is that by next hockey season we’re going to have a few hours of unique local content coming out of the channel on a daily basis.”

Paterson admits there will be a little bit of an education process for some that haven’t been used to getting their content this way. The easiest way for people to watch or download is going to WinnipegSportsTalk.com to access the various social media sites that they can link to. Whether that be Twitter, Instagram, iTunes, Spotify, Stitcher, Facebook, YouTube or Google podcast.

“Our big thing right now is to get people to subscribe to the YouTube page and make sure they are signed up for the podcast.”

Paterson adds that they will be running a number of social media contests in conjunction with their sponsors, Nott Auto Corp, Dairy Queen, Royal Sports and Boston Pizza.

Paterson is confident they’ll be able to become a major outlet for the sports fan in Manitoba to turn to after TSN 1290 was shut down.

“The first week or so they (listeners) felt really sorry for us that we all got fired. But by the second week, they started feeling sorry for themselves because such a big part of their routine wasn’t there. We can satisfy the demand for this content with some fun chat and some familiar voices.”