Home » News » Teen Ticketed for Snow-Covered Bug on the Perimeter

Teen Ticketed for Snow-Covered Bug on the Perimeter 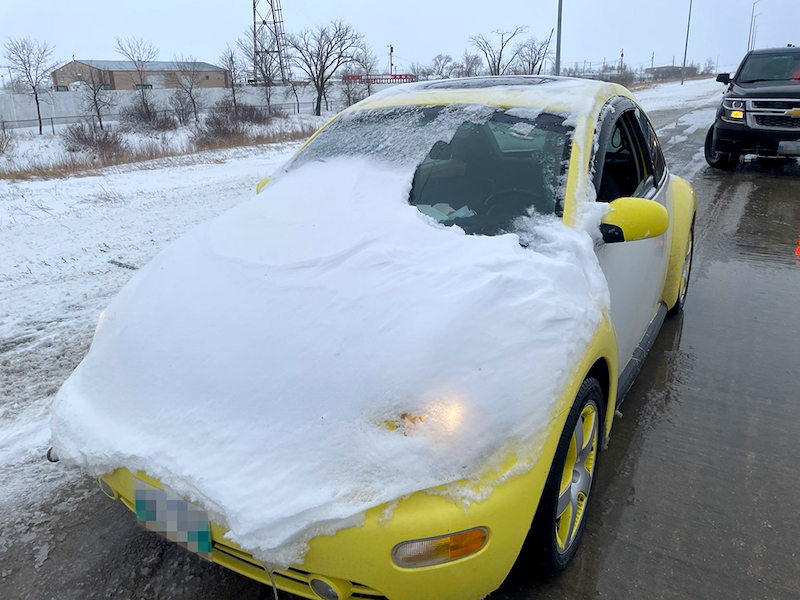 The 17-year-old driver of this vehicle was given a ticket for driving with an obstructed view on Tuesday morning. (RCMP / TWITTER)

RCMP tweeted Tuesday an officer pulled over the VW Beetle on the Perimeter Highway near Rosser Road at 8:30 a.m. for driving with an obstructed view.

A photo accompanying the tweet showed the vehicle had a covered windshield, except for a small area on the driver’s side. Both headlights were also obstructed by snow.

“For the safety of yourself as well as other motorists sharing the roads, it is important to clear all windows so that you can be extra vigilant and react as needed during these poor driving conditions,” police said in a follow-up tweet.

The teen was handed a $113 ticket and sent on their way.

At 08:30 this morning, an officer patrolling the Perimeter Hwy (near Rosser Rd), saw this vehicle travelling southbound. 17yo driver issued a $113 fine for “Drive a vehicle when view obstructed by snow” & instructed to clear off the rest before proceeding. #noexcuses #rcmpmb pic.twitter.com/Vw6oIgjM8E