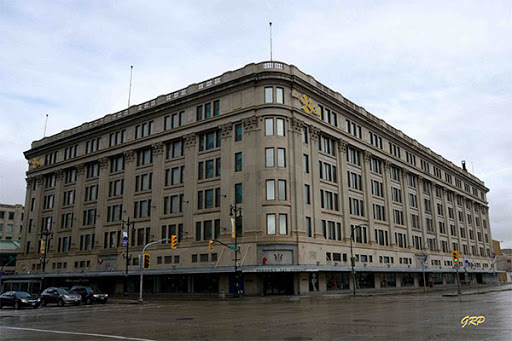 WINNIPEG — The Manitoba government has established a $25 million fund for the preservation of the historic Hudson’s Bay Company building in downtown Winnipeg.

The Bay Building Fund is being held in trust by The Winnipeg Foundation and will be used to restore the building’s facade, interior curved elevator bank and other elements.

Capital repairs, such as structural repair and building stabilization, and the creation and installation of exhibits in the large display windows on the building’s main floor will also be included. Such displayS will depict the history of The Bay Building or HBC.

Eligible projects can be completed over a 10-year period until March 31, 2031.

“We are very grateful to the province for its investment in maintaining the heritage elements of the Winnipeg building,” said Ian Putnam, president and CEO of HBC Properties and Investments.

“Winnipeg has played a pivotal role in the history of HBC, and it remains an important market for Hudson’s Bay. As we continue to be a shopping destination for Winnipeggers at Polo Park and St. Vital, we are excited to work with the province, city and other partners to find opportunities for this landmark building.”

The province says if the entire $25 million fund isn’t used by 2031, any remaining amount will be transferred to the province’s heritage resources endowment fund and to support other designated provincial and municipal heritage buildings.

Municipal and federal governments have yet to commit funding to the project.