Home » The Canadian Press » Manitoba Teachers Will Have Chance to Get COVID-19 Vaccine at U.S. Border

Manitoba Teachers Will Have Chance to Get COVID-19 Vaccine at U.S. Border 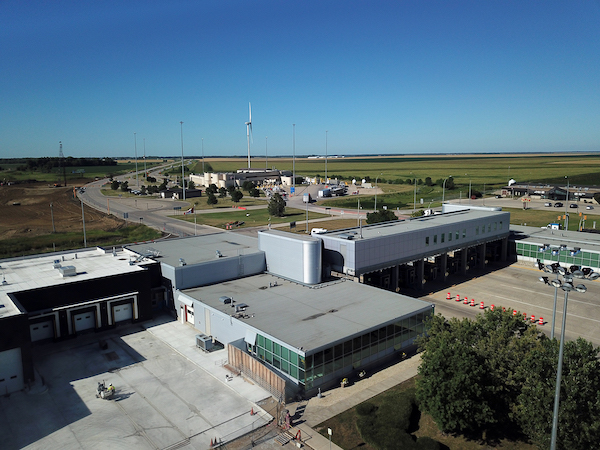 WINNIPEG — Manitoba teachers and other school workers will soon be able to get a COVID-19 vaccine by driving into the United States, but Premier Brian Pallister’s announcement Thursday was quickly panned by the teachers union.

The province and North Dakota are finalizing an agreement to allow teachers to drive over the border, get a shot in the state where vaccines are plentiful, and then return immediately. They would be exempt from a mandatory 14-day quarantine the Manitoba government requires for international travellers.

“This is just one other access point,” Pallister said.

“I’m not trying to overplay it as the sole answer. It’s just another way to help people get vaccinated.”

“What it is saying is, if you live close enough (to the border), if you have access to a car … if you’ve got the time available to you, here’s something that you could do,” James Bedford said.

Manitoba has given first responders and health-care workers priority for vaccines. Teachers and others who work with the public can also get a shot in a few health districts with high transmission rates, including core neighbourhoods in Winnipeg and Brandon, as long as they are at least 18.

Outside those areas, teachers must wait along with the general population for their age eligibility to come up. It’s currently set at 30 for First Nations members and 40 for everyone else.

Bedford said members of the teachers union are concerned about rising COVID-19 infections in Winnipeg in recent weeks. He suggested all public schools in the capital should switch to remote learning for two weeks to help reduce spread of the virus.

“Dr. Roussin has indicated this week again that our schools are safe. Most of the transmission we are seeing is occurring outside of schools,” Cullen said.

Health officials reported 230 new COVID-19 cases Thursday and two deaths. The percentage of people testing positive, averaged over five days, stood at 7.2 per cent provincially and 8.3 per cent in Winnipeg.

Pallister also announced a revamped version of a wage subsidy program from last year that encourages people to hire students and young adults for summer jobs.

The program will again offer wage subsidies of up to 50 per cent, but this year employers won’t have to wait until after the summer to be fully paid. They’ll be eligible to apply for advance payments of up to $750 per worker, the premier said.