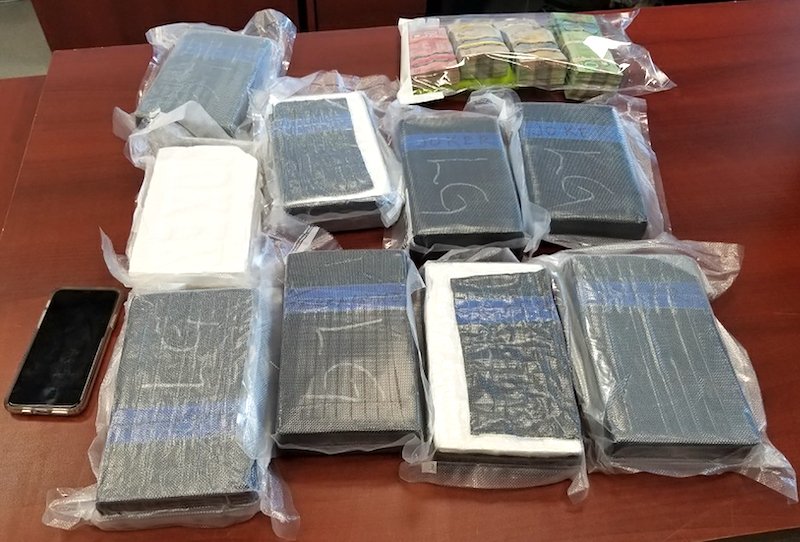 Cocaine and cash seized during a traffic stop in Headingley, Manitoba on May 15, 2021. (RCMP HANDOUT)

Two Alberta men are facing charges after a traffic stop in Headingley on May 15.

RCMP were patrolling Highway 1 at around 10 p.m. when they stopped a westbound vehicle with an Alberta licence plate.

Nine kilograms of cocaine were found, along with an undisclosed sum of Canadian currency.

Two men, aged 33 and 38, from Alberta, were arrested. They remain in custody.