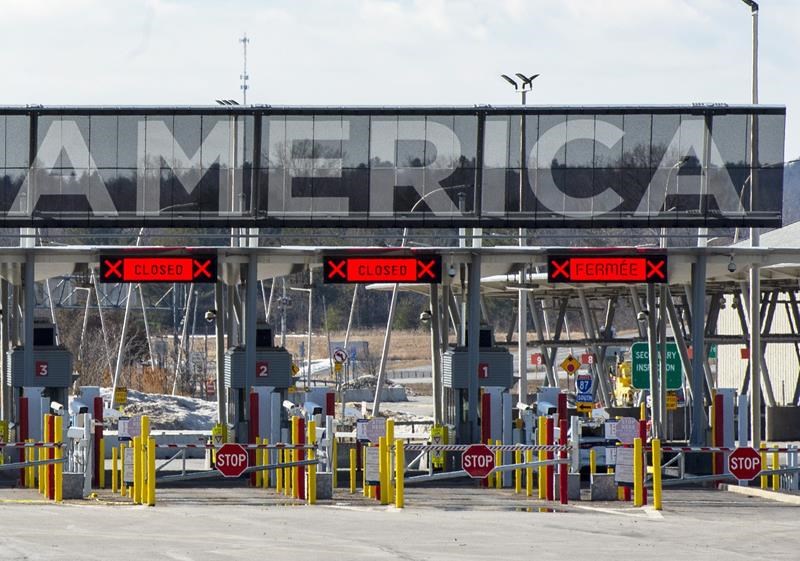 OTTAWA — Fully vaccinated Canadians returning to Canada will soon be able to avoid a mandatory quarantine as long as they still test negative for COVID-19.

Public Safety Minister Bill Blair said Monday the government is still urging people not to travel internationally right now, but noted the border restrictions that began more than 15 months ago “were never intended to be permanent.”

“We recognize that people are anxiously awaiting to reopen the border and as Canada reaches high levels of vaccination coverage and the COVID-19 severity trends continue to decline, the risks associated with international travel will decrease,” said Blair, at a virtual news conference.

Canada’s border was closed in March 2020 to non-Canadians, with limited exemptions for foreign nationals entering for essential purposes such as truck drivers or health-care workers. Canadians, permanent residents and people registered under the Indian Act, have always been allowed to return to Canada but were required to quarantine at home for two weeks. In February, air travellers were required to start spending up to three days at the start of that quarantine at a government-approved hotel, until a COVID-19 test came back negative.

Starting at 11:59 p.m. eastern time on July 5, both air and land travellers who are currently allowed to return to Canada, and who have been fully vaccinated for at least two weeks, and show negative tests before and after arriving, won’t have to quarantine at all.

Unvaccinated travellers will see no change to the re-entry rules. Most foreign nationals will also remain barred from entry to Canada entirely except for essential work purposes, to reunite with family, or receive medical treatment.

For now the new rules only recognize the four vaccines Canada has authorized, and will not apply to most foreign nationals. The federal government would not provide any specific metrics for when the border closure will lift for anyone else, though test results from vaccinated travellers returning will help guide decisions about when to nudge the border open even further.

“As we’ve told Canadians all along, easing measures at the border will happen as we see our communities increasingly become safe,” Health Minister Patty Hajdu said.

Several Conservative MPs expressed dismay at the lack of clarity on when further restrictions will be lifted at the border.

“Yet again, today’s announcement from the Liberal government falls short when it comes to supporting critical industries like aviation and tourism in Canada,” said transport critic Stephanie Kusie.

“These sectors need more than announcements and photo ops — they deserve a clear, comprehensive plan that outlines evidence-based benchmarks and time frames.”

Canada hit its first national vaccination targets over the weekend, with more than three in four eligible Canadians at least partly vaccinated, and more than one in five fully vaccinated. Canada expects to have enough vaccine delivered to fully vaccinate every Canadian over the age of 12 by the end of July.

The seven-day average of new daily cases fell below 1,000 Sunday for the first time since the start of the second wave of the pandemic in Canada last September.

Falsifying vaccination documents can result in a $750,000 fine, up to six months in jail, or both.

“We’re very confident that the ArriveCAN app will do the job for us, for all travellers coming to Canada, to be able to verify the vaccine documentation,” said Blair.

For now Canada will only recognize the four vaccines authorized by Health Canada — Pfizer-BioNTech, Moderna, AstraZeneca and Johnson & Johnson — but will recognize mixed dose schedules. A single dose of J&J’s vaccine is considered a full vaccination.

Transport Minister Omar Alghabra said the government is also ending the ban on incoming flights from Pakistan but is extending the flight ban for flights from India for at least another month.

The ban was enacted in April when too many people arriving from those countries were testing positive for COVID-19.

Health Canada data shows between June 6 and June 17, 73 flights landed in Canada carrying at least one passenger positive for COVID-19. There is no public data on the vaccination status of those passengers.