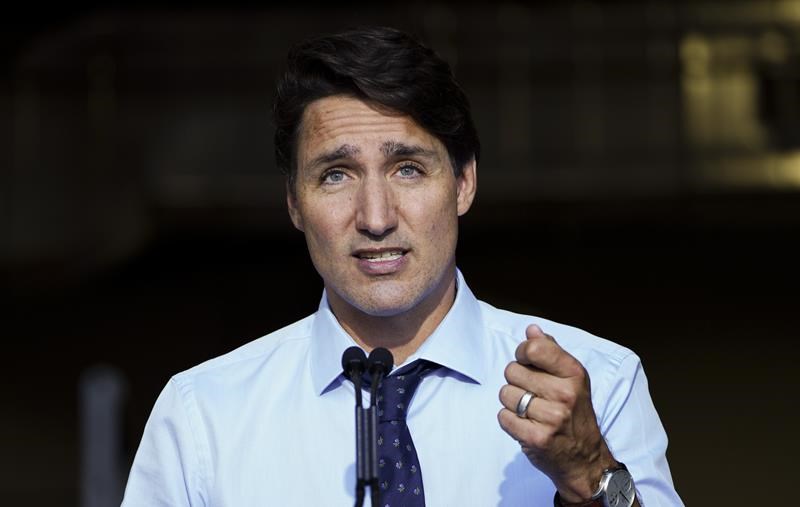 The federal election campaign will converge in Winnipeg Friday, where leaders of the two largest parties will be holding events.

Both Liberal Leader Justin Trudeau and his Conservative counterpart Erin O’Toole will appear in the Manitoba capital for public events and to take questions from reporters.

New Democrat Leader Jagmeet Singh will make the campaign’s first stop at an Indigenous community when he visits the Cowessess First Nation in Saskatchewan — a community which made a preliminary finding of 751 unmarked graves at the site of a former residential school. Singh plans to visit the gravesites.

On Thursday, the leaders battled over the right prescription to help the country’s health-care systems and how much more funding provinces require to meet their needs during and after the pandemic.

O’Toole said he would boost federal funding for provincially run health-care systems by six per cent annually. Speaking in French at a stop in Ottawa, O’Toole left the door open to offering more money if the national economy grows faster than expected, which would give federal coffers extra cash to potentially splash around.

Speaking in Victoria, B.C., where he outlined plans to improve wages and conditions in long-term care facilities, Trudeau said the country needs to invest more in health care and that his government would be there to increase provincial transfers, although he did not detail when or by how much.

Singh took aim at Trudeau over the Liberal government’s track record on health-care spending during a campaign stop in Edmonton where he highlighted his party’s pledge for a $250 million fund to help train and hire 2,000 nurses.

The NDP leader said the Liberals criticized the previous Conservative government for cutting funding to provinces in 2014, only to turn around and maintain funding increases at that level once in office.