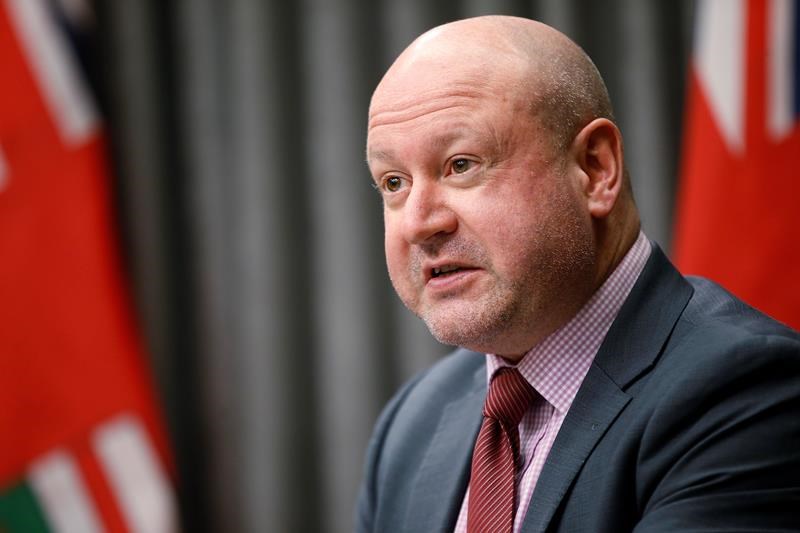 WINNIPEG — Manitoba has clearly entered the fourth wave of the COVID-19 pandemic, as cases are rising especially in regions where vaccination rates are low, says the province’s top doctor.

“And that put us at risk of a fourth wave.”

There were 366 new infections reported in the province since Thursday — 150 of them in the Southern Health-Santé Sud region. There were also two deaths.

Roussin said the southern health region makes up 15 per cent of the province’s population but almost half of daily COVID-19 cases.

Of the 93 new cases on Monday, 46 were in the southern health region. Forty-one of those were among people who were not fully vaccinated.

Roussin said he’s concerned because vaccination and COVID-19 testing rates in the region are low.

“More than half of the people being admitted to ICU — their first test related to COVID is on that day of admission,” he said.

“There are people that are delaying being tested and out in the community while very ill.”

Manitoba was hit hard by a third wave that overwhelmed the health-care system. Some COVID-19 patients were transported to intensive care units outside the province for treatment.

The province had held off the fourth wave for months, largely by maintaining public health orders, including a mask mandate.

Manitoba was also the first province to roll out a proof-of-vaccination card, which is required for activities that include eating in restaurants and attending sporting events.

Overall, the province has high vaccination rates, with more than 84 per cent of eligible people with at least one dose and more than 80 per cent with both.

But health officials said certain areas are seeing much lower levels of vaccination as well as significant community spread of COVID-19.

Vaccine uptake is about 50 per cent in the southern areas of Hanover, North Norfolk, Altona, Roland and Winkler, according to provincial data. It’s less than 25 per cent in the Rural Municipality of Stanley.

Dr. Joss Reimer, medical lead of the province’s vaccine rollout, said “the work is a lot more difficult when it comes down to people who are hesitant or who have questions.”

She said the team is working on how it would roll out vaccinations for children under 12 when it is approved. The province is currently providing vaccine clinics for eligible students at about 40 schools.

Additionally, Manitoba has expanded third-dose eligibility to all residents and staff of First Nations personal care homes, people who are immunocompromised and those who require a third dose for travel.

Roussin said there are too many unvaccinated people in the province and he wouldn’t rule out region-specific health orders if infections continue to surge in the south. If something is not done, he said, there will be strain on the health-care system again.