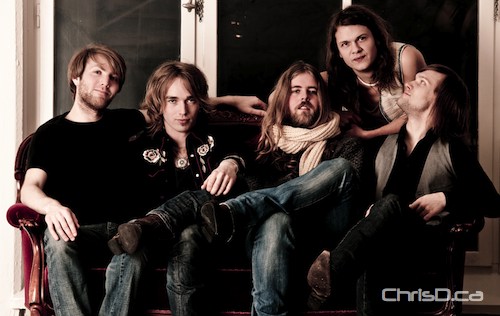 Swedish country band Southern Skyline has been added to the bill at Dauphin’s Countryfest from July 2-4.

The Swedish quintet will kick off its first ever western Canadian concert tour at the Manitoba festival, before heading south to play in Winnipeg at the Pyramid Cabaret on July 6.

From there, the band will travel to Saskatoon, Regina and Calgary. “Driving long distances does not deter us,” said the band’s drummer, Johan Salomonsson, in a release. “Sweden is a very, very long country; and we’ve played gigs from top to bottom, plus all across Europe.”

Weekend passes to the festival sold out months ago, but daily tickets are still available. More information can be found at Countryfest.ca.