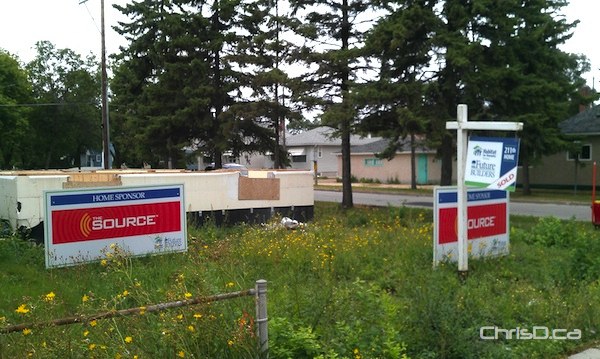 The site at 167 Archibald Street where Habitat for Humanity will move a constructed home on Friday. (WPGCAMERAMAN / CHRISD.CA)

Habitat for Humanity Winnipeg will transport one of its newest houses to its permanent foundation in the wee hours of Friday morning.

The approximately two-hour trip will make its way east down Portage Avenue, before heading south on Moray Street and then east at Roblin Boulevard to Grant Avenue. The convoy will turn south towards Waverley Street to Bison Drive, and turn north on Pembina Highway. From there, the house will head east on Bishop Grandin Boulevard to Lagiomodiere Boulevard, west on Fermor Avenue to north at Archibald Street.