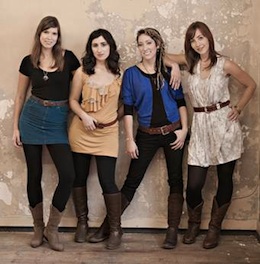 The six-song EP, titled “Venez Danser,” is a collection of the French material the gals have been performing and recording over the last four years.

The release party will be held at the West End Cultural Centre and is co-presented by the Winnipeg Folk Festival.

Winnipeg bluegrass/folk duo Fire and Smoke will open the show.

Tickets are $25 at the door, or $20 in advance at the West End Cultural Centre, Ticketmaster, and Winnipeg Folk Festival Music Store.