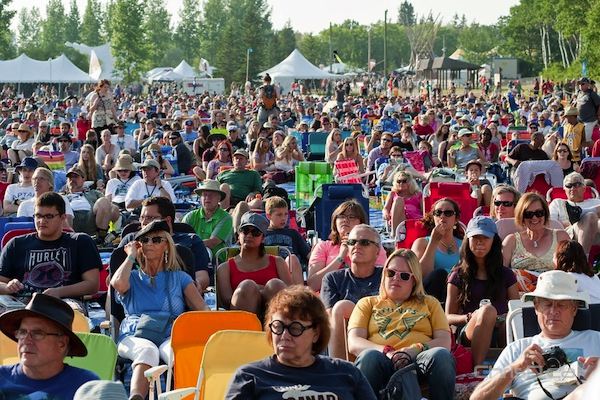 Patrons take in the entertainment on the opening day of the Winnipeg Folk Festival at Birds Hill on Wednesday, July 10, 2013. (TED GRANT / CHRISD.CA)

Thousands waited eagerly outside of the gates to the 40th annual Winnipeg Folk Festival on Wednesday morning.

Once allowed in, campers, cyclists and other festival revellers rushed to pick out their coveted spots to enjoy the next several days.

This year’s festival packs $5 million in new upgrades to the Birds Hill Park site, including a new food vendor location, a more central market and merchant area, and a hard-to-miss tower.

This year’s Winnipeg Folk Festival wraps up on Sunday, July 14.