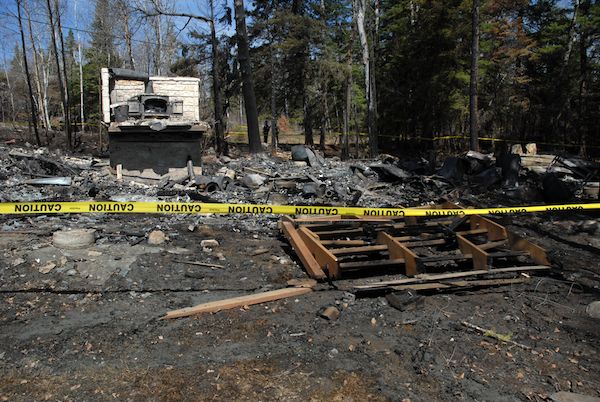 A cabin in Falcon Lake was destroyed by fire in May 2007. RCMP have now charged two Winnipeg residents in connection to the arson. (RCMP HANDOUT)

It took six years, but RCMP have finally laid charges in an arson case that destroyed a cottage in Falcon Lake.

On May 2, 2007, the local fire department responded to a cottage fire on Block 3 of the North Shore. The fire was extensive and caused $270,000 in damage.

Police say the investigation at the time showed the cottage had been broken into, with items stolen and the fire deliberately set. Five neighbouring cottages showed either signs of attempted forced entry or had been broken into around the same time.

After a lengthy investigation, police arrested Aaron Sodomlak, 26, and Edmond Rioux, 26, both from Winnipeg. The pair have since been charged with arson and three counts of break and enter with intent.

Both will appear in Steinbach court at later dates.