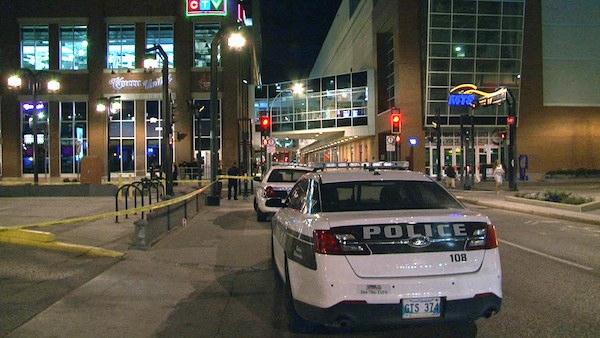 One man is in critical condition following a shooting in downtown Winnipeg overnight.

Police were called to the area of Graham Avenue and Carlton Street for the report of a fight at around 1:15 a.m. Officers heard gunshots once arriving on scene.

A man was found to be suffering from apparent gunshot wounds was transported to hospital in critical condition.

Police had the area closed to traffic until around 8 a.m. while they investigated.

Anyone with information regarding the shooting is asked to contact police at (204) 986-6219.

UPDATE: Friday, July 11 — Keanu Algabre, 19, has been charged with attempted murder and several firearms-related offences. The 20-year-old victim has been upgraded to stable condition.