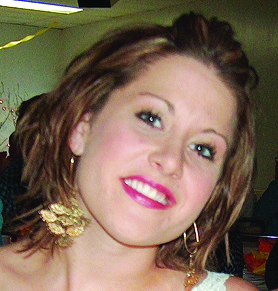 Amber McFarland has been missing since October 18, 2008. (RCMP HANDOUT)

Approaching the October 18th anniversary of her disappearance in 2008, RCMP are renewing efforts to locate the woman. McFarland was 24-years-old at the time she went missing.

“This case is still very much under investigation. We are following up tips at this moment and are asking for any other help that the public can provide to assist us in bringing Amber back to her family,” said RCMP Sgt. Dan Barnabe of the “D” Division Historical Case Unit. “What Amber’s family has endured is unimaginable, and we will continue to aggressively investigate this matter as a homicide.”

McFarland was last seen leaving the Cat and Fiddle Nite Club in Portage at around 1 a.m. She was accompanied by her ex-boyfriend, who was later interviewed and released by police as a suspect in her disappearance.