What Will Fill Canada’s Target Void? 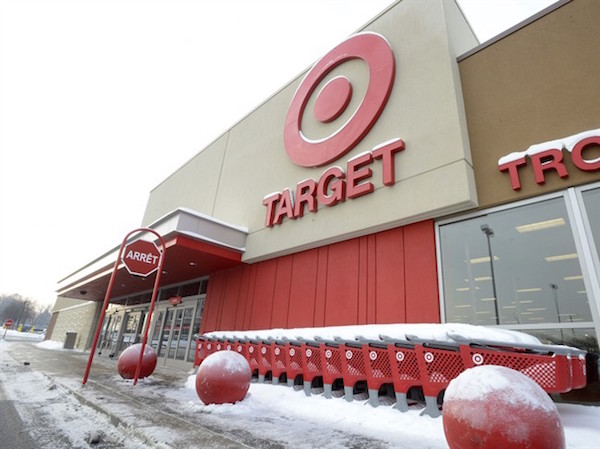 A Target store in Saint-Eustache, Que., is shown on Thursday, Jan. 15, 2015. Target says it will close its stores in Canada — a market that it entered only two years ago. The U.S. based retail company has 133 Canadian locations and 17,600 employees across the country. (THE CANADIAN PRESS/Ryan Remiorz)

Canadians will soon have one less choice when it comes to shopping, and some of the remaining choices look shaky as well. Almost none of them are owned in this country.

Over the past two years, the American retailer Target opened 133 stores in Canada, providing jobs for more than 17,000 Canadians. They have been losing money from the get go, and they’ve decided to cut their losses and close all their big shops. Target was supposed to be a brand that was pre-sold here. For many years, cross-border shoppers have been visiting Target stores in North Dakota and elsewhere, but when the Canadian outlets came along, it just wasn’t the same. Prices were higher and there weren’t as many choices.

In prairie cities like Regina and Winnipeg, Target has left a huge footprint on the landscape. One of their Winnipeg stores was built on the old Canad Inns Stadium site. One can only wonder who might occupy that enormous space now. The shopping landscape has changed so much since our parents used to rely on Eaton’s and Hudson’s Bay, with occasional forays across the border. Sears came along in the late 1950’s. They and Hudson’s Bay are said to be fragile at best. The Timothy store is just a nostalgic memory.

IKEA arrived in Winnipeg a little over two years ago with their first store on the prairies, and they are said to be doing well. There are a growing number of people who do most of their shopping online. Amazon makes a healthy profit, but I’m told that other digital retailers do not do so well.

Perhaps our biggest worry should focus on what all this means for employment. Retail jobs have never paid very much, but there used to be lots of them. It was a great way to earn cash and get some valuable experience while studying for a career. What’s next in the marketplace I wonder?