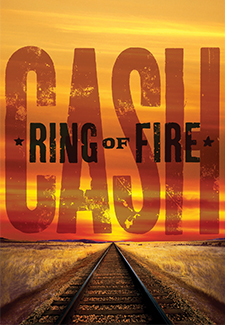 WINNIPEG — A tribute show honouring the life and career Johnny Cash takes over Rainbow Stage at Kildonan Park this summer.

“Ring of Fire: The Music of Johnny Cash” will see a cast of eight men and women acting, singing and performing in the outdoor production.

The show, conceived by William Meade and penned by Richard Maltby, Jr. is dubbed as a “roof-lifting, crowd-pleasing, foot-stomping sensation.”

The production walks the audience through Cash’s life in song, with a terse but telling narrative neatly filling in their biographical subtext including his musical and emotional partnership with fellow crooner June Carter.

The cast is made up of accomplished multi-instrumentalists, playing keyboards, accordion, juice harp, harmonica, fiddle and upright bass, percussion, mandolin, as well as electric, acoustic and resonator guitars.

Tickets to the roughly two-hour show are on sale now for $55 adults. Tickets on sponsored rush seating night are $25.

← Previous: Samantha Stevens Departing QX 104 for Calgary Next: Pallister Era Begins in Manitoba, But What Can We Expect? →
Tags: Concert | Music | Winnipeg