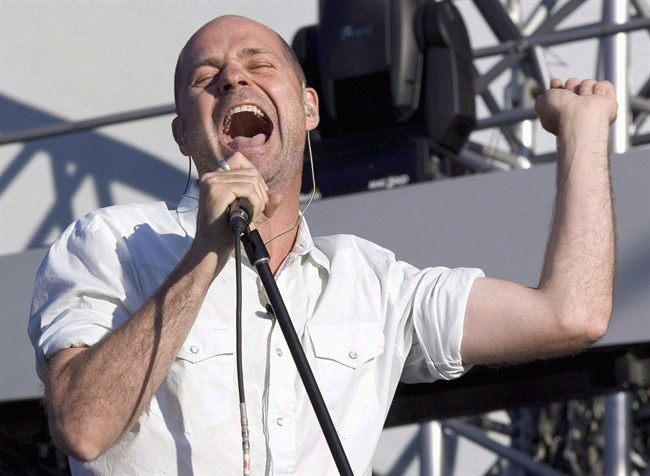 Gord Downie of the Tragically Hip performs as one of the opening acts to the Rolling Stones concert in Moncton, N.B. on Saturday, Sept. 3, 2005. The CBC will broadcast live the final stop of The Tragically Hip’s upcoming tour, which ends in Kingston, Ont. (THE CANADIAN PRESS/Paul Chiasson)

Tickets to see The Tragically Hip were near impossible to get for many, but there’s still a way to watch one of the band’s final performance with fellow fans.

The West End Cultural Centre will be screening the CBC’s broadcast of “The Tragically Hip: A National Celebration” on August 20.

The concert will be screened live from Kingston, Ontario, with venues across the country hosting viewing parties.

Admission is free and doors open at 6:30 p.m. The broadcast begins at 7:30 p.m. Seating is on a first-come, first-served basis.